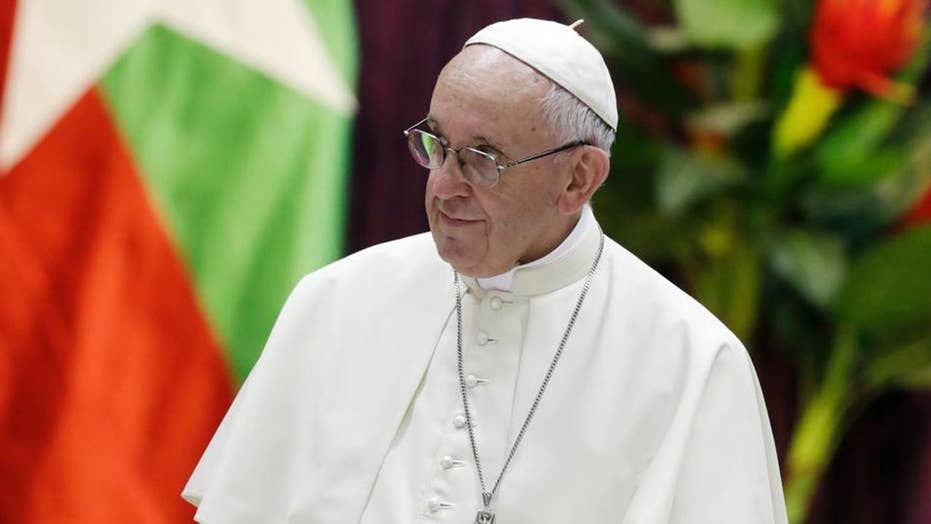 Cardinal Donald Wuerl, the archbishop of Washington, reflects on the charismatic pontiff's impact on the Catholic Church.

Pope Francis reportedly told a gay man from Chile who was visiting the Vatican that God made him that way and loves him the way he is.

Juan Carlos Cruz, who was reportedly a victim of sexual abuse at the hands of a priest, reportedly spent days at the Vatican to talk about his experiences.

Cruz reportedly told El Pais, a Spanish newspaper, that the two had a conversation about his homosexuality and said he was told, “Juan Carlos, I don’t care about you being gay. God made you that way and loves you as you are and I don’t mind. The pope loves you as you are, you have to be happy with who you are.”

The Los Angeles Times reported that the Vatican did not confirm the pope’s comments given that it was a private conversation.

The pope has upheld Catholic teaching on homosexuality, reiterating the church's opposition to same-sex relationships.

Francis uttered his "Who am I to judge?" comment during his first airborne press conference in 2013, signaling a new era of acceptance and welcome for gays in the church. Francis followed up by meeting with gay and transgender faithful.

Fr. James Martin, the author of “Building a Bridge,” told The Times that Francis’ reported comments are a “big deal” because it is likely the first time the pope made a comment “about gay people being born that way.”

Martin told the paper that the pope made the reported comment in private and not on the record, which is a big difference.

Meanwhile, every active Chilean bishop offered to resign Friday over what Francis said was their “grave negligence” in investigating abuse and protecting children.

The bishops announced at the end of an emergency Vatican summit that all 31 active bishops in Rome had signed a document offering to resign.

Calls for mass resignations had mounted after details emerged of the contents of a 2,300-page Vatican report into the Chilean scandal leaked early Friday. Francis had cited the report in footnotes of a 10-page document that he handed over to each Chilean bishop at the start of the summit.

For years, sex abuse victims have blasted the Chilean hierarchy for discrediting their claims, protecting abusers and moving them around rather than reporting them to police and then handing out light sentences when church sanctions were imposed.

Francis, though, has also been implicated in the scandal and he took responsibility for his role as well.