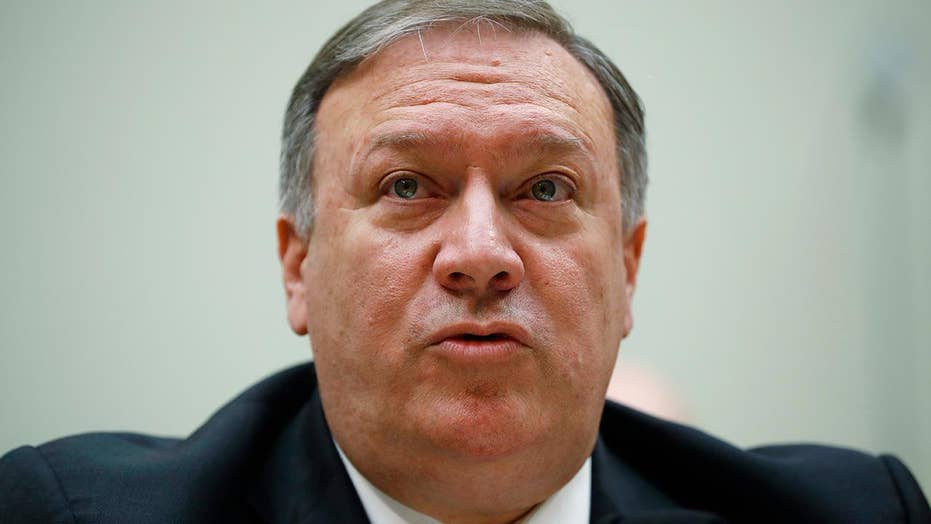 Pompeo says US will respond 'reciprocally' to Venezuela

Mike Pompeo said the State Department received formal notice that charge d’affaires Todd Robinson had been declared persona non grata and had 49 hours to leave the country. He told the House Foreign Affairs Committee that the U.S. would act in kind, suggesting it would remove Venezuela’s top diplomat in Washington as well.

“We will respond appropriately, certainly reciprocally, but perhaps more than that, perhaps proportionately,” he said. “We’re watching the Maduro regime continue to engage in destructive behavior for the Venezuelan people.”

Venezuelan President Nicolas Maduro announced Tuesday he was expelling Robinson and his deputy Brian Naranjo for allegedly conspiring against his government by pressuring opposition groups to boycott Sunday’s presidential election that he won by a landslide.

The two career diplomats have 48 hours to leave the country.

The Trump administration denounced the recent presidential election as fraudulent, and the president signed an executive order restricting the Venezuelan government’s ability liquidate assets for pennies on the dollar at the expense of the Venezuelan people – in so-called “fire sales.”

“This order is the most recent in a strong, consistent stream of actions my Administration has taken targeting the Maduro regime,” Trump said in a statement. “We call for the Maduro regime to restore democracy, hold free and fair elections, release all political prisoners immediately and unconditionally, and end the repression and economic deprivation of the Venezuelan people.”

Amid a serious decline in relations, the two nations have not exchanged ambassadors since 2010.