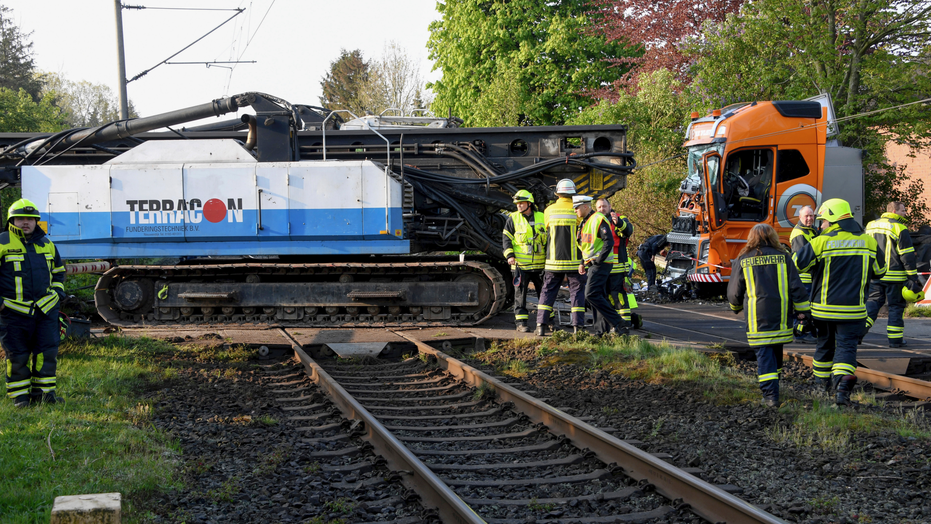 BERLIN – Police say 12 people have been injured, two of them seriously, after a train crashed into a transport truck in northern Germany.

The crash occurred early Wednesday when a regional train hit a truck stopped on a rail crossing in the state of Schleswig-Holstein, not far from the Danish border.

A spokesman for Neumuenster police, Michael Heinrich, said it was unclear why the tractor-trailer stopped on the tracks. The driver managed to jump from the cabin shortly before the crash.