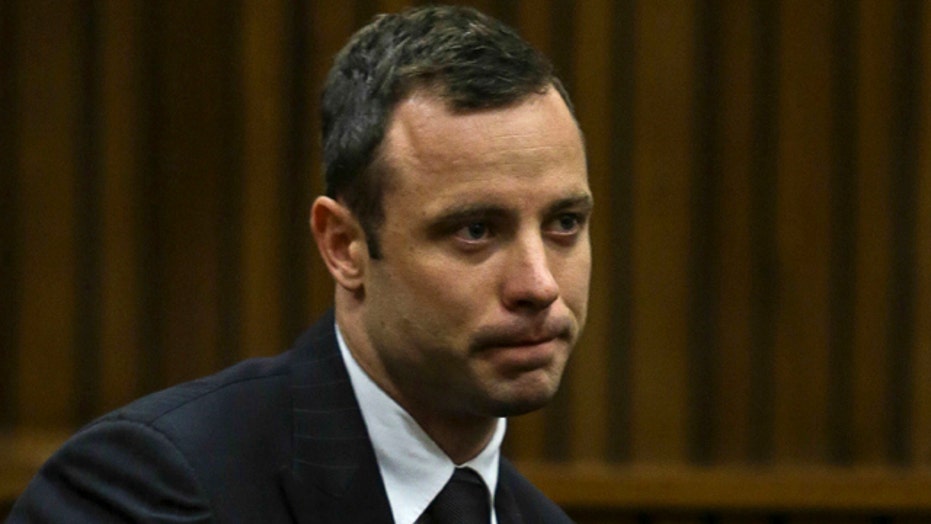 PRETORIA, South Africa – A friend of Oscar Pistorius testified in the Olympian's murder trial Tuesday that the athlete twice fired guns for which the double-amputee is charged with firearms violations.

Pistorius denies guilt in both events, which took place before he shot dead his girlfriend Reeva Steenkamp on Feb. 14, 2013.

But his friend, Darren Fresco, testified Tuesday that Pistorius shot a gun through a car's sunroof, after having an altercation with police and months later in a separate event was holding a gun when it fired in a busy Johannesburg restaurant.

In the first incident, Pistorius became furious with a police officer who had pulled over the car Fresco was driving and handled Pistorius' licensed gun, said Fresco. Pistorius later fired the gun out of the car's sunroof without warning, said Fresco.

Fresco's accounts corroborated much of the testimony of a previous witness who was present at the sunroof shooting.

Fresco also testified that at a busy Johannesburg restaurant he handed his gun, a Glock 27 .40 caliber pistol, under the table to Pistorius and the gun fired. Fresco said Pistorius asked him to take the blame for the incident, which he did. The restaurant incident happened in early 2013, about a month before Pistorius killed Steenkamp.

The runner is charged with premeditated murder for the killing of girlfriend Reeva Steenkamp in the early hours of Feb. 14, 2013. He also faces three firearms charges, including the two incidents of shooting a gun in public where Fresco was present. Pistorius has pleaded not guilty to all four charges.

When the car Fresco was driving was stopped for speeding in late 2012, Pistorius argued with a police officer who handled his gun, which Pistorius had left on the passenger's seat.

`"You can't just touch another man's gun,"' Fresco recalled Pistorius telling the traffic officer. "Now your fingerprints are all over my gun. So if something happens, you're going to be liable for anything that happens."

Fresco said the altercation with the police ended and they drove away with Samantha Taylor, the runner's girlfriend at the time, who has given a similar account of the episode. Later that day, Pistorius shot out the car's sunroof, Fresco said.

"Without prior warning, he shot out the sunroof," Fresco, who was driving, said of Pistorius, who he said was in the passenger seat.

Fresco said he "instinctively" moved over to the right side of the vehicle and away from where the gun was shot, and then asked Pistorius if he was "mad."

"He just laughed," Fresco recalled. "But it felt as if my ear was already bleeding."

In the second gun incident, Fresco testified Tuesday that Pistorius asked him to hand over his gun at a restaurant in Johannesburg's posh Melrose Arch district. He said warned Pistorius that the gun was "one-up," meaning it had a bullet in the chamber.

"I knew that he had a big love for weapons ... my assumption was that he had competency," Fresco said in court. The gun fired and Fresco said he took the blame for the incident, because Pistorius feared bad publicity. That incident happened about a month before Pistorius killed Steenkamp.

In earlier testimony, the chief lawyer for Pistorius questioned the methods of the pathologist who conducted an autopsy on Steenkamp. Prof. Gert Saayman was testifying for a second day about the gunshot wounds suffered by Reeva Steenkamp when Pistorius opened fire through a toilet cubicle door at his home before dawn on Valentine's Day last year.

Saayman has asserted that, judging by the food contents in her stomach, Steenkamp probably last ate no more than two hours before her death. Steenkamp was shot after 3 a.m., meaning she must have eaten after 1 a.m. This might show a wrinkle in  Pistorius' statement that the couple was in the bedroom by 10 p.m.

Saayman said the amount of urine in Steenkamp's bladder at the time of her death amounted to the rough equivalent of a teaspoon. The evidence could relate to theories about whether Steenkamp had gotten up in the middle of the night to go to the toilet, as Pistorius contends, or was there following a loud argument with the runner, as the prosecution has suggested.