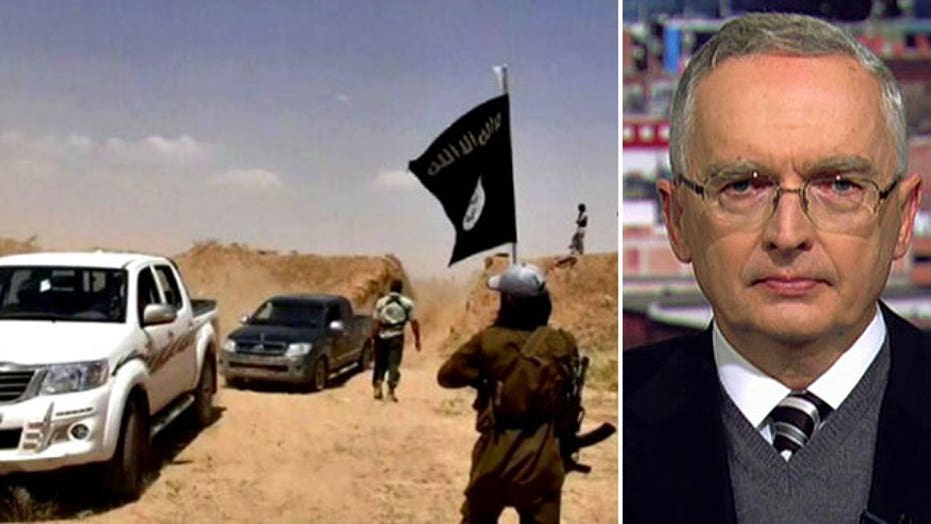 The Pentagon is sending thousands of chemical warfare suits to Peshmerga fighters and Iraqi troops in anticipation of an upcoming offense by the Islamic State terror group, which is believed to have captured old stores of weapons from Saddam Hussein's regime.

According to a report on blog War is Boring, concern that Islamic State could weaponize even old mustard, sarin and chlorine gas led the U.S. Department of Defense to provide the gear as part of a $1.6 billion request to Congress. The funding will go toward equipping three divisions each of the Iraqi Army and Kurdish brigades as well as a group of Anbari tribal fighters.

The U.S. intends to equip Iraqi and Kurdish troops with a total of 60,000 m50 gas masks and sealed JLIST body suits and nearly 300 chemical detectors to test nerve, blood and blister agents.

The money also will pay for tens of thousands of rifles, machine guns and nearly 2,000 anti-tank weapons in addition to mortars, shotguns, radios and trucks.

Up until this point, Islamic State is believed to have only used chemical warfare on a small scale. The first confirmed attack occurred in mid-September in the Iraqi city of Balad when militants launched an attack using chlorine leaving 11 Iraqi police officers poisoned and hospitalized by the gas.

It is believed that there were two other chlorine attacks by Islamic State this past summer, but those attacks have not been verified.

On July 12, Kurdish troops were attacked near Kobane and three Kurdish fighters were found killed near the village of Avdiko with white spots, an indication that they were exposed to some sort of chemical agent.

Another legitimate concern is the presence of a large former chemical weapons production facility in a region that has been seized by Islamic State. Chemical weapons experts have said that it is likely that the 2,500 nerve agent-filled rockets are degraded and unlikely to be unusable and that they have been sealed off in a bunker for 20 years. In September, the Organization of the Prohibition of Chemical Weapons said it had evidence that unnamed militants had used chlorine gas “systematically” when attacking villages in Northern Syria.