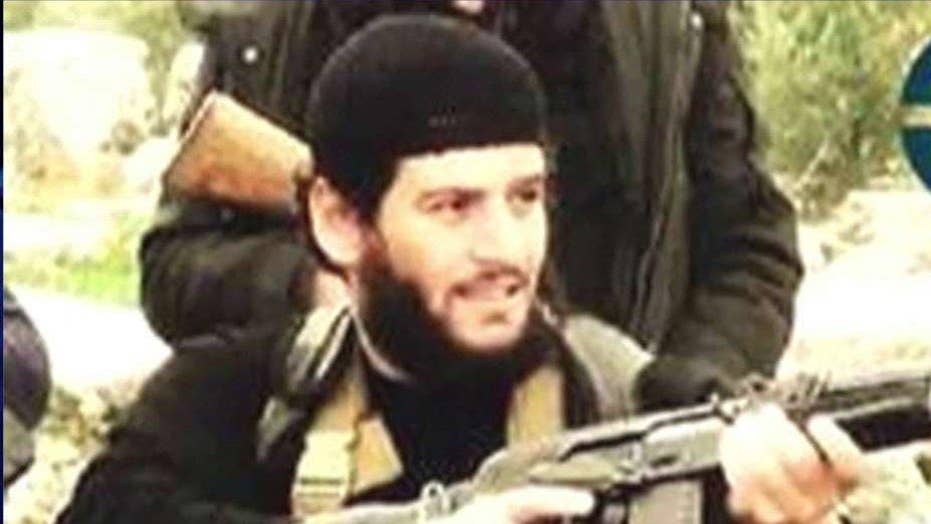 The Pentagon confirmed on Monday that ISIS spokesman and senior leader Abu Muhammad al-Adnani was killed in an airstrike in Syria in late August.

The airstrike on Aug. 30 near Al Bab, Syria, targeted the terror group's chief propagandist, recruiter and architect of external terrorist operations. ISIS announced his death shortly after the airstrike through its news agency Amaq.

"It is one in a series of successful strikes against ISIL leaders, including those responsible for finances and military planning, that make it harder for the group to operate," Pentagon Press Secretary Peter Cook said Monday in a statement.

The 39-year-old Adnani, born in Binnish in northern Syria, is described as having hand-selected the gruesome execution videos ISIS routinely puts out, The New York Times reported.

He was also the subject of a $5 million State Department reward.

As the leader of the group's propaganda arm, Adnani was also the most vocal ISIS leader in calling for so-called "lone wolf" attacks against Western targets.

In a September 2014 speech Adnani encouraged Islamists to kill Europeans by any means necessary.

"Smash his head with a rock, or slaughter him with a knife, or run him over with your car," Adnani said.

In his most recent speech, in May, Adnani said attacks against civilians in Western countries were "dearer and better" for ISIS than success on the battlefield, according to SITE Intelligence Group, which monitors and analyzes the threat from jihadists.

ISIS declared revenge for the killing, saying that a generation raised in ISIS-held territory will take action, and that it is a generation where "the blood of the sheikhs will only make it more firm on the path of jihad and determination to take revenge and assault."