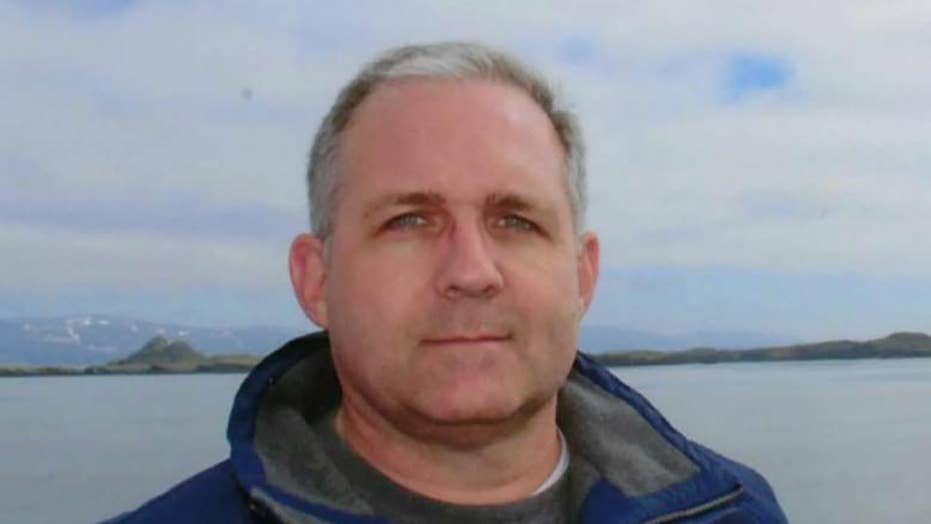 American ex-Marine detained in Russia on spying charges was in Moscow for a wedding, his twin brother says

An American accused of spying in Russia has been charged with espionage and faces up to 20 years in prison if convicted, the Russian news agency Interfax reported Thursday.

Paul Whelan dismissed the charges, and his defense team has asked the Moscow City Court to grant him bail following his arrest last Friday, a source told Interfax. Russia's Federal Security Service announced Monday Whelan was caught “during an act of espionage.” The country’s primary internal security arm gave no further details about the alleged incident.

Whelan’s lawyer, Vladimir A. Zherebenkov, told the New York Times his client is in good spirits, despite the arrest.

“I was surprised to see him being so confident,” Zherebenkov told the newspaper.

Whelan, 48, the head of global security for a Michigan-based auto parts supplier and a former U.S. Marine, was in Moscow to attend a wedding for a friend from the Marine Corps when he disappeared, his twin brother, David, said Tuesday.

Russian news agency Rosbalt reported Whelan was arrested in his Metropol Hotel room five minutes after he received a USB stick containing a list of names working at a classified security agency. He is also accused of attempting to recruit a friend to obtain information from Russian departments and agencies.

David Whelan denied his brother was a spy, and called for his safe return back to the U.S. “It is inconceivable to me that he would have done anything to break the law in Russia,” he told The Washington Post.

The Whelan family also said in a statement they were "deeply concerned for his safety and well-being. His innocence is undoubted and we trust his rights will be respected."

Paul Whelan previously worked for Kelly Services, which maintains offices in Russia. He received a “bad conduct” discharge from the Marines, according to his official military personnel file obtained by Fox News. His dates of service were listed as starting from May 10, 1994 to Dec. 2, 2009. David Whelan said his brother fought in Iraq on multiple tours of duty.

U.S. Ambassador to Russia Jon Huntsman met with Whelan in Moscow on Wednesday.

Zherebenkov told the New York Times he hasn’t seen all the evidence that brought on the charges leveled against his client, but said he presumes Whelan is innocent. “I presume that he is innocent, because for now, I haven’t seen any evidence against him that would prove otherwise,” Zherebenkov said.