Who is Paul Whelan, the American ex-Marine detained in Russia on spying charges?

Paul Whelan, the former U.S. Marine who was detained in Russia for alleged spying, holds a British passport, officials have confirmed.

Whelan, 48, of Novi, Michigan, was born in Canada to British parents before the family moved to the United States, the BBC reported. He was charged with espionage and faces up to 20 years in prison if convicted, Russian news agency Interfax reported Thursday.

The UK Foreign Office confirmed in a statement: “Our staff have requested consular access to a British man detained in Russia after receiving a request for assistance from him.”

Separately, Irish broadcaster RTE reported Whelan also holds an Irish passport and is seeking consular assistance from Ireland, as well. It's unclear how exactly he holds so many different passports.

British Foreign Secretary Jeremy Hunt said he was “extremely worried” about Whelan and “every support was being offered” to him.

"Individuals should not be used as pawns of diplomatic leverage. We need to see what these charges are against him and understand whether there is a case or not,” Hunt said. 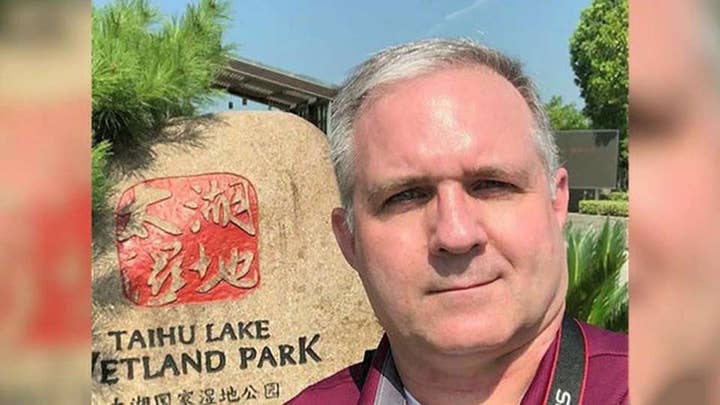 "We are giving every support we can, but we don't agree with individuals being used in diplomatic chess games,” he continued. “Because it is desperately worrying, not just for the individual but their families, and we are all extremely worried about him and his family as we hear this news."

Hunt said the U.S. was “leading the case” and the U.K. has offered consular assistance.

PAUL WHELAN, US MAN ACCUSED OF SPYING IN RUSSIA, CHARGED WITH ESPIONAGE: REPORT

Whelan, the head of global security for a Michigan-based auto parts supplier and a former U.S. Marine, was in Moscow to attend a wedding for a friend from the Marine Corps when he disappeared, his twin brother, David, said Tuesday. He said his brother had been to Russia several times before.

David Whelan said he doubted his brother was a spy.

“It is inconceivable to me that he would have done anything to break the law in Russia,” he told The Washington Post.

David Whelan released a statement on behalf of their family regarding his twin brother.

"We are relieved and pleased to know that staff of the U.S. Embassy in Moscow have been given consular access to Paul and confirmed that he is safe," the statement read. "We deeply appreciate Ambassador Huntsman's commitment to stay in regular contact with Paul during his detention and his assurances that Paul's rights will be respected. Our focus remains on ensuring that Paul is safe, well treated, has a good lawyer, and is coming home. We urge the U.S. Congress and the State Department to help on Paul's behalf to secure his release and return him home soon."

Whelan received a "bad conduct" discharge from the Marines, according to his official military personnel file obtained by Fox News. His dates of service were listed as stretching from May 10, 1994 to Dec. 2, 2009. David Whelan said his brother fought in Iraq on multiple tours of duty.

Defense lawyer Vladimir Zherebenkov told the Associated Press he applied for Whelan to be released on bail that would be set at an amount determined later. The court would have 15 days after Russia’s winter holidays end Jan. 9 to make the decision, he said.