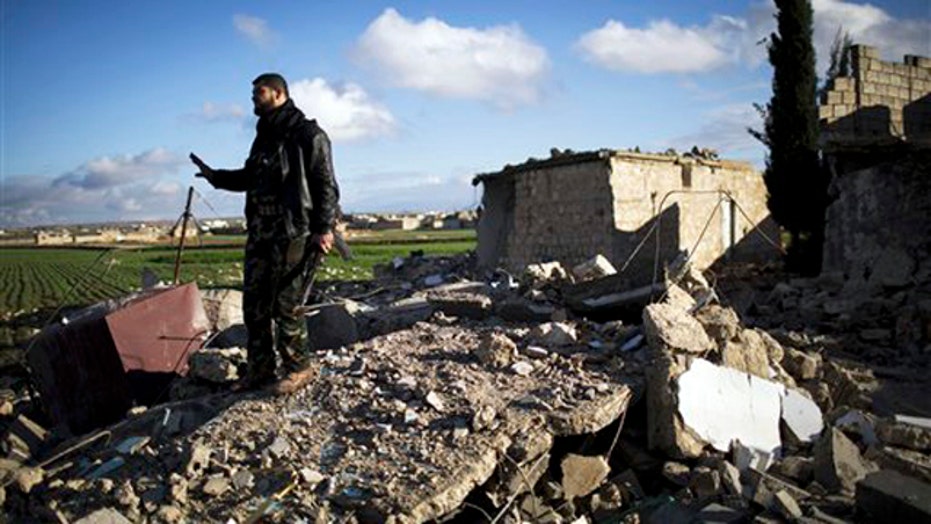 Will the Syrian government actually use chemical weapons?

Dr. Josef Olmert on why he believes the likelihood of the Assad regime using chemical weapons is low.

KUWAIT CITY – U.S. Defense Secretary Leon Panetta says the Syrian government seems to have slowed preparations for the possible use of chemical weapons against rebel targets.

Last week U.S. officials said there was evidence that Syrian forces had begun preparing sarin, a nerve agent, for possible use in bombs.

Panetta told reporters flying with him from Washington to Kuwait that the threat was no longer escalating, although he was not specific about any Syrian military preparations.

He said the U.S. hasn't seen "anything new indicating any aggressive steps to move forward."

Panetta says he'd like to believe Syrian President Bashar Assad "got the message" when other countries warned against using chemical weapons. But he's still concerned that if "the regime is threatened with collapse, they might resort to these kinds of weapons."