A boy stands in front of a burning barricade during a protest against U.S. President Donald Trump's decision to recognize Jerusalem as the capital of Israel, near the Jewish settlement of Beit El, near the West Bank city of Ramallah December 17, 2017. (Reuters)

A group of Palestinian protesters set fire to placards bearing images of Vice President Mike Pence on Sunday outside Jesus’s traditional birthplace, days before his arrival in the region.

About 30 people stood quietly holding candles at Manger Square next to the Church of the Nativity, the site Christians believe marks the birthplace of Jesus, before setting the placards on fire, Reuters reported.

Pence is due in the region later this week but the Palestinians have said he is not welcome and President Mahmoud Abbas will not meet him during his visit, Palestinian Foreign Minister Riyad al-Maliki said last week.

A protester sits in a chair in front of a barricade during a protest against U.S. President Donald Trump's decision to recognize Jerusalem as the capital of Israel. (Reuters)

TURKEY’S ERDOGAN: MUSLIM NATIONS TO GO TO UN OVER JERUSALEM

Greenblatt, who has held several rounds of discussions with Israeli and Palestinian officials during the past few months to restart peace talks that have been frozen since 2014, also arrives this week.

Violent protests have been held almost daily in the Palestinian territories over President Donald Trump’s Dec. 6 announcement in which he broke with decades of international norms on Jerusalem by saying he was recognizing it as Israel’s capital. 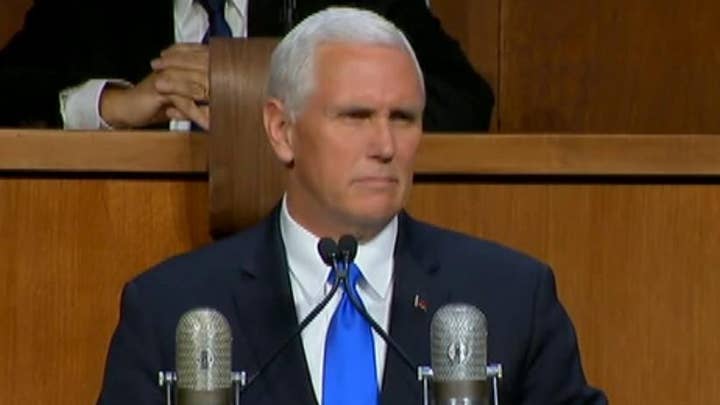 Militants increasingly have fired rockets at Israel since Trump’s announcement and two were reportedly launched on Sunday. In other Muslim countries, such as Indonesia and Tunisia, people have taken to the streets to voice their frustration with Trump’s decision.

Most of the international community considers East Jerusalem, which Israel annexed after capturing it in a 1967 war, to be occupied territory, and have said the status of the city should be decided at future Israeli-Palestinian talks.