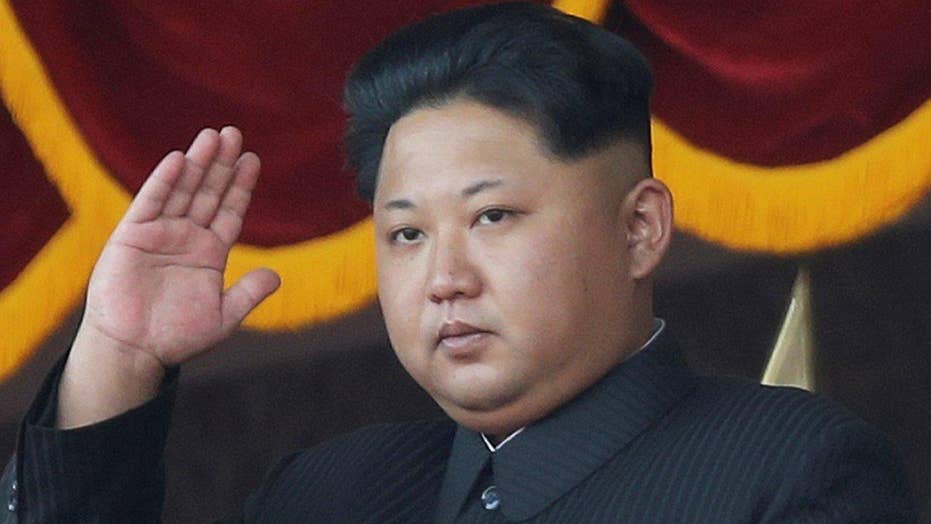 The world reacted with outrage and skepticism Wednesday after North Korea claimed that it had successfully tested a "miniaturized" hydrogen bomb.

The announcement, which could not immediately be confirmed by outside sources, was made by a state television anchor who read a typically propaganda-heavy statement calling the test a "perfect success" that elevated the country's "nuclear might to the next level" and provided it with a weapon to defend itself against the United States and other enemies.

However, Andrei Lankov, a North Korea expert based in Seoul, South Korea, told Fox News he was "seriously skeptical" that Pyongyang had tested a hydrogen bomb. According to Lankov, North Korea would have needed to divert a large amount of scarce funds to construct such a device, saying it would have been "mission overkill."

"I believe it did not have the 'signature' of a Hydrogen bomb," said Lankov, who added that he had "absolutely no doubt" the blast was an atomic test, the fourth carried out since 2006 in definance of international and United Nations sanctions.

“North Korea’s nuclear detonation claims are a grave provocation and threat to international peace and security, and must be met with firm action and a clear effort to halt Pyongyang's nuclear ambitions,” Sen. Bob Menendez, D-N.J., said in a statement. “I urge my colleagues to swiftly pass my legislation to tighten sanctions since it’s obvious the sanctions we have in place are all-too-often ignored and North Korea continues to get away with bad behavior.”

South Korean lawmaker Lee Cheol Woo told the Associated Press that the country's National Intelligence Service had expressed in a private briefing that they believed North Korea had tested an atomic bomb, not a hydrogen bomb.

Lee says the agency told him that even a failed hydrogen bomb detonation typically yields tens of kilotons.

The United Kingdom also reacted with outrage. "If a nuclear device has been detonated by North Korea, this is a grave breach of UN Security Council resolutions and a provocation which I condemn without reservation," British Foreign Secretary Philip Hammond said in a statement. "It underlines the very real threat that North Korea represents to regional and international security."

It could take weeks before the true nature of the test is confirmed by outside experts — if they are able to do so at all. North Korea goes to great lengths to conceal its tests by conducting them underground and tightly sealing off tunnels or any other vents though which radioactive residue and blast-related noble gases could escape into the atmosphere.

The U.S. Air Force has aircraft designed to detect the evidence of a nuclear test, and such aircraft could be deployed from a U.S. base on the Japanese island of Okinawa to search for clues. Japanese media said Tokyo has also mobilized its own reconnaissance aircraft for sorties over the Sea of Japan to try to collect atmospheric data.

The doubts didn't stop jubilation and pride in Pyongyang, where crowds dressed in thick winter coats gathered outside a large video screen near a train station to cheer and take video and photos on their mobile phones as the statement was delivered.

In Washington, State Department spokesman John Kirby warned "we condemn any violation of U.N. Security Council Resolutions and again call on North Korea to abide by its international obligations and commitments", later adding "we have consistently made clear that we will not accept [North Korea] as a nuclear state."

In Seoul and elsewhere there was high-level worry. South Korean President Park Geun-hye ordered her military to bolster its combined defense posture with U.S. forces and called the test a "grave provocation" and "an act that threatens our lives and future." Japanese Prime Minister Shinzo Abe said, "We absolutely cannot allow this."

"This is indeed a wakeup call," Lassina Zerbo, the head of the Vienna-based U.N. Comprehensive Test Ban Treaty Organization, which has a worldwide network of monitoring stations to detect nuclear testing, told AP by phone. "I am convinced it will have repercussions on North Korea and international peace and stability."

Washington and nuclear experts have been skeptical about past North Korean claims about H-bombs, which are much more powerful and much more difficult to make, than atomic bombs. A confirmed test would further worsen already abysmal relations between Pyongyang and its neighbors and lead to a strong push for tougher sanctions on North Korea at the United Nations.

Whatever the type of the test, North Korea's fourth nuclear explosion will likely push Pyongyang's scientists and engineers closer to their goal of building a bomb small enough to place on a missile that can reach the U.S. mainland.

A successful H-bomb test would be a big new step for the North. Fusion is the main principle behind the hydrogen bomb, which can be hundreds of times more powerful than atomic bombs that use fission. In a hydrogen bomb, radiation from a nuclear fission explosion sets off a fusion reaction responsible for a powerful blast and radioactivity.

Some analysts say the North hasn't likely achieved the technology needed to manufacture a miniaturized warhead that could fit on a long-range missile capable of hitting the U.S. mainland. But there is a growing debate on just how far the North has advanced in its secretive nuclear and missile programs.

Last month, Kim Jong Un said his country was "ready to detonate a self-reliant A-bomb and H-bomb to reliably defend its sovereignty and the dignity of the nation". The comments were met with skepticism by North Korea watchers, who said it was unlikely that Pyongyang possesed the technology to develop such a weapon.

But nuclear expert Jeffrey Lewis wrote on the North Korea-focused 38 North website, "The North has now had a nuclear weapons program for more than 20 years. This program has yielded three nuclear tests. North Korean nuclear scientists have access to their counterparts in Pakistan, possibly Iran and maybe a few other places. We should not expect that they will test the same fission device over and over again."

North Korea's previous nuclear test was in early 2013, and Kim Jong Un did not mention nuclear weapons in his annual New Year's speech. Some outside analysts speculated Kim was worried about deteriorating ties with China, the North's last major ally, which has shown greater frustration at provocations and a possible willingness to allow stronger U.N. sanctions.

Fox News Channel's James Rosen and Greg Palkot and The Associated Press contributed to this report.