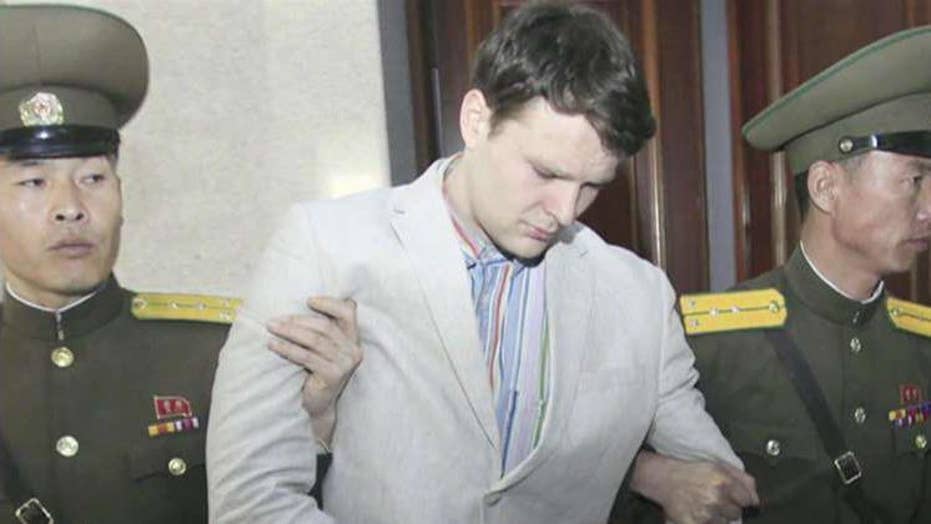 The China tour agency that organized a trip to North Korea for Otto Warmbier, who died after being released in a coma from North Korean detention, said it would no longer take Americans to the country.

Young Pioneer Tours said on its Facebook page Tuesday that the death of the 22-year-old Warmbier shows that the risk American tourists face in visiting the isolated nation “has become too high.”

“The devastating loss of Otto Warmbier's life has led us to reconsider our position on accepting American tourists,” the agency said, “There had not been any previous detainment in North Korea that has ended with such tragic finality and we have been struggling to process the result. Now, the assessment of risk for Americans visiting North Korea has become too high.”

The company runs its North Korean tour out of Yangshuo, China with its tours beginning and ending in Beijing, according to the agency’s website. The tour offers biking trips along the demilitarized zone between North and South Korea as well as scuba diving, according to USA Today.

Warmbier’s family announced his death Monday. Doctors said last week that he had suffered extensive brain damage and was unresponsive to his surroundings. Officials from the University of Cincinnati Medical Center, which treated the student upon his return, labeled his condition as a “state of unresponsive wakefulness.”

While there was no physical evidence he was beaten, doctors said that Warmbier had suffered “extensive loss of brain tissue,” suggesting he had lost blood supply to his brain for a period of time.

The North Koreans told U.S. officials that Warmbier had suffered from botulism and then slipped into a coma after taking a sleeping pill but Cincinnati doctors said that their examination showed no evidence of botulism, the strong neurotoxin produced by a bacterium.

Warmbier was medically evacuated from North Korea on June 13 following diplomatic talks at the top of the U.S. government. A former University of Virginia student, he was serving a 15-year sentence in North Korea for allegedly attempting to steal a banner containing a political phrase that was hanging from a wall in his Pyongyang hotel.