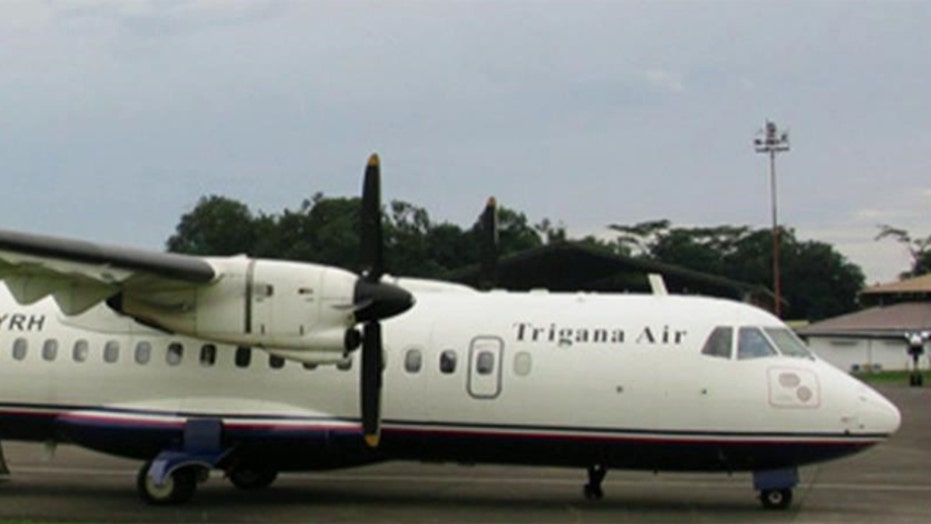 54 people are on board, rough weather forces authorities to suspend search

An Indonesian airliner carrying 54 people that disappeared Sunday after losing contact with ground control during a short flight in the country's mountainous easternmost province of Papua has crashed, a government official said.

"The latest information is that the Trigana aircraft that lost contact has been found at Camp 3, Ok Bape district in the Bintang Mountains regency," Air Transportation Director General Suprasetyo told reporters, according to Reuters. "Residents provided information that the aircraft crashed into Tangok mountain."

There was no immediate information on whether anyone had survived.

Local villagers told authorities that they saw a plane crash into a mountain, and scores of rescuers were heading to the remote area and will begin searching there Monday morning. An air search for the missing plane was suspended and will resume Monday as well.

The Trigana Air Service plane was flying from Papua's provincial capital, Jayapura, to the Papua city of Oksibil when it lost contact with Oksibil's airport, said Transportation Ministry spokesman Julius Barata. There was no indication that the pilot had made a distress call, he said.

Okbape, where the plane is reported to have crashed, is about 15 miles west of Oksibil.

The ATR42-300 twin turboprop plane was carrying 49 passengers and five crew members on the scheduled 42-minute journey, Barata said. Five children, including three infants, were among the passengers.

Local media reports said all the passengers are Indonesians. The airline did not immediately release a passenger manifest.

Oksibil, which is about 175 miles south of Jayapura, was experiencing heavy rain, strong winds and fog when the plane lost contact with the airport minutes before it was scheduled to land, said Susanto, the head of Papua's search and rescue agency.

A plane was sent Sunday to look for the airliner, but the air search was suspended due to darkness and limited visibility and will resume Monday morning, Susanto said.

Much of Papua is covered with impenetrable jungles and mountains. Some planes that have crashed there in the past have never been found.

Dudi Sudibyo, an aviation analyst, said that Papua is a particularly dangerous place to fly because of its mountainous terrain and rapidly changing weather patterns. "I can say that a pilot who is capable of flying there will be able to fly an aircraft in any part of the world," he said.

Indonesia has had its share of airline woes in recent years. The sprawling archipelago nation of 250 million people and some 17,000 islands is one of Asia's most rapidly expanding airline markets, but is struggling to provide enough qualified pilots, mechanics, air traffic controllers and updated airport technology to ensure safety.

From 2007 to 2009, the European Union barred Indonesian airlines from flying to Europe because of safety concerns.

Last December, all 162 people aboard an AirAsia jet were killed when the plane plummeted into the Java Sea as it ran into stormy weather on its way from Surabaya, Indonesia's second-largest city, to Singapore.

That disaster was one of five suffered by Asian carriers in a 12-month span, including Malaysia Airlines Flight 370, which went missing in March 2014 with 239 people aboard during a flight from Kuala Lumpur to Beijing.

Trigana Air Service, which commenced operations in 1991, had 22 aircraft as of December 2013 and flies to 21 destinations in Indonesia.