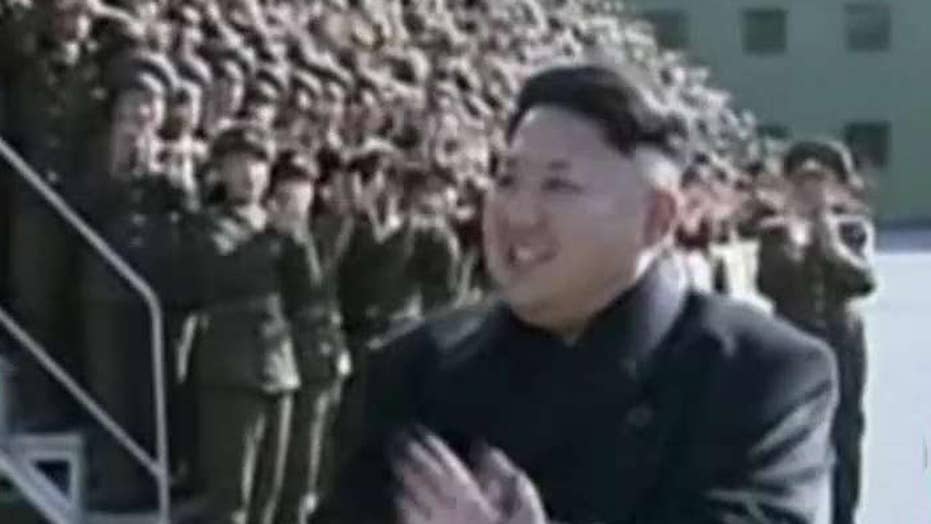 Secretary of state says all options are on the table

North Korea’s “reckless” actions in regards to its nuclear weapons and missile programs “has got to be stopped,” Defense Secretary Jim Mattis said Friday.

Speaking at a news conference in London, Mattis raised the North Korea issue in response to a reporter’s question about Iran. He suggested that North Korea is a more urgent problem.

“This is a threat of both rhetoric and growing capability, and we will be working with the international community to address this,” he said. "We are working diplomatically, including with those that we might be able to enlist in this effort to get North Korea under control. But right now it appears to be going in a very reckless manner."

"That's got to be stopped," he concluded.

The reporter noted that Mattis, as head of U.S. Central Command in 2012, had said Iran was the main threat facing the United States. In responding, Mattis quickly pivoted to North Korea, which has rattled Washington with threats to attack the U.S. with nuclear missiles.

North Korea is reportedly preparing for a new nuclear test.

When asked about a U.S. general’s comment on Russia reportedly giving weapons to the Taliban, Mattis said they have seen activities between the two, but would not confirm if weapons exchange was involved.

“What they are up to there, in light of their other activities, gives us concern,” he added. “We look to (engage) with Russia on a political or diplomatic level, but right now Russia is choosing to be a strategic competitor, and we are finding that we can only have very modest expectations in areas that we can cooperate with Russia contrary to how we were just 10 years ago, five years ago.”

During the press conference, Mattis largely sidestepped the issue of Assad’s future in Syria and said no decision has been made on deploying more U.S. troops to Afghanistan.

“I have not made (a) recommendation to (the) president,” he said.