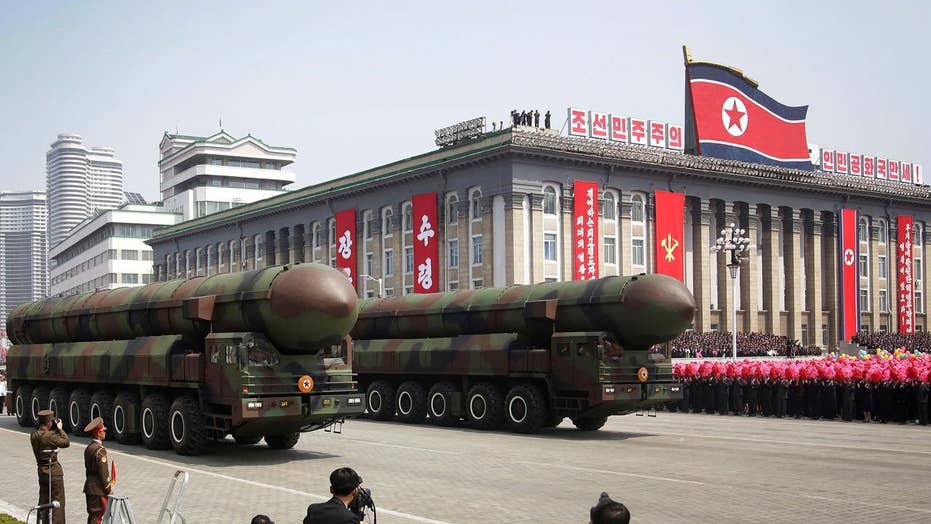 US emerging as the leader in taking on the North Korea threat?

North Korea’s sixth nuclear test caused a series of aftershocks called “relaxation events” after the blast moved the “earth’s crust around” and caused stress on the region, analysts said after two earthquakes were detected in the region over the weekend.

Aftershocks measuring magnitude 2.9 and 2.4 were detected Saturday near the Punggye-ri test site, the U.S. Geological Survey reported. North Korea tested a nuclear device, a purported hydrogen bomb, on Sept. 3 that triggered a 6.3 magnitude earthquake. A USGS official told Reuters the aftershocks are most likely “relaxation events.”

Jascha Polet, seismologist and professor of geophysics at California State Polytechnic University, also told the BBC the aftershocks reported more than three months after the test aren't “very surprising” because the rocks that were initially shifted needed to release stress.

Polet added the nuclear test site "experiences deformation, and this creates areas of increased and decreased stress, which affects the distribution of aftershocks.”

Analysts have suspected the Punggye-ri site was on the verge of collapsing after the nuclear test, which was reportedly 10 times more powerful than the nuclear bombs dropped at the end of World War II. Satellite images obtained by 38 North, which specializes in North Korea issues, showed a possible “collapsed chimney crater” at Mount Mantap, where the tests are reportedly being conducted underground.

Another report by Japanese TV broadcaster Asahi TV also claimed more than 200 North Koreans were feared dead in early November after tunnels collapsed at the site. North Korea vehemently disputed the report, slamming it as “false” and “misinformation.” But Mika McKinnon, a geophysicist and disaster researcher, said there are signs that some tunnels have crumbled.

"Seismic signals that look more like rock fall than anything else. That will happen more and more,” McKinnon told the BBC.

It’s unclear if the latest powerful blast has made the test site unusable for future nuclear events, but North Korea has indicated the next detonation could be conducted above ground. The radiation from the test site has reportedly turned the surrounding area into a “wasteland” where “deformed babies” are being born and 80 percent of vegetation dies off.

Another concern is Mount Paektu, an active volcano that’s considered sacred to North Koreans. Kim Jong Un was pictured on the mountain over the weekend doing a victory lap after the Hermit Kingdom's intercontinental ballistic missile launch on Nov. 29.

McKinnon said the aftershocks were “hitting the volcano and hitting the magma,” but they weren't sufficient enough to trigger an eruption.