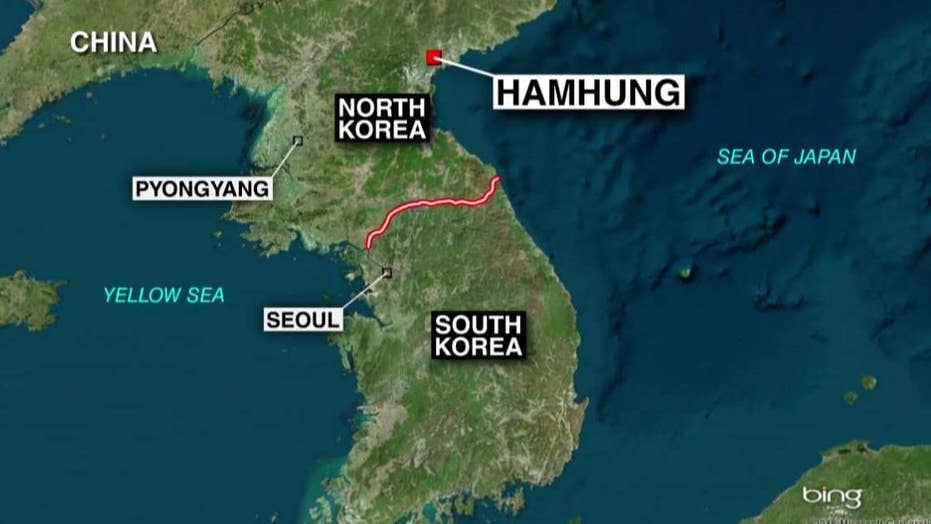 North Korea has threatened to lay waste to Washington with a submarine-launched nuclear missile in a menacing propaganda video.

The four-minute film - titled Last Chance - runs through the history of US-Korea relations, including images of US prisoners of war on Korean soil.

It ends with a digitally-enhanced sequence showing a missile emerging from the clouds and slamming into the road in front of the Lincoln Memorial - sending a wave of destruction across Washington.

As the US Capitol building burns, a message flashes up on the screen in Korea: "If US imperialists budge an inch toward us, we will immediately hit them with nuclear (weapons)."

The video, published on North Korea's propaganda website DPRK Today, shows the capture of the US spy ship Pueblo in 1968 and the first crisis over North Korea's nuclear program in the 1990s.

Pyongyang has upped the ante with its threatening propaganda in recent weeks - and Kim Jong-Un watched an artillery drill simulating a strike on the official residence of his South Korean counterpart Park Guen-hye on Friday.

Tensions have been on the rise since North Korea carried out its fourth nuclear test in January, followed by a series of apparent ballistic missile tests.