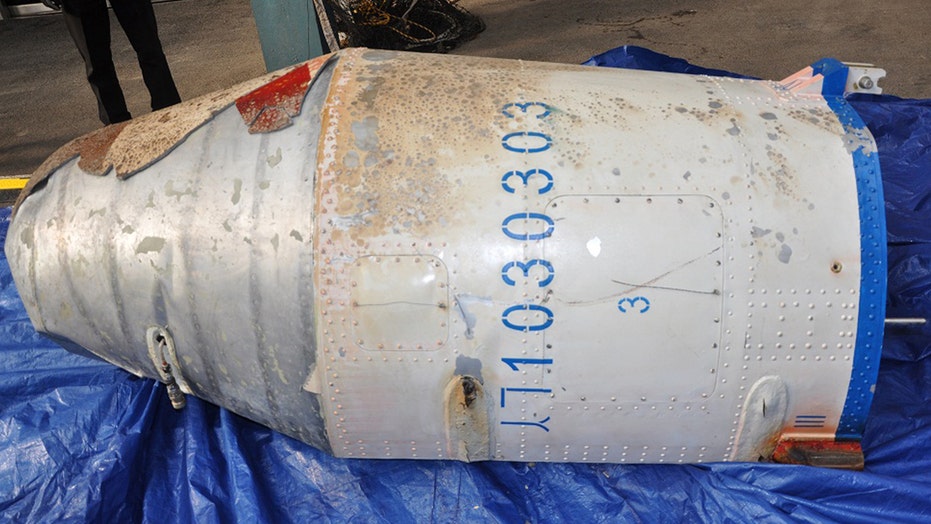 North Korea's rocket launch may be cover for nuclear testing

The satellite that North Korea launched into orbit Sunday is now "stable" in orbit, a U.S. official told Fox News on Tuesday.

Earlier reports had claimed the satellite was "tumbling" in orbit, which would have rendered it useless. A U.S. official told ABC News the same technology used to get the payload into orbit is the same needed to launch a nuclear-armed intercontinental ballistic missile at the U.S.

A satellite launched by the secretive regime in 2012 is still in orbit but spiraling back to Earth and is not believed to have transmitted signals back to Earth.

Both satellites bear the name "Shining Star," a reference to Kim Jong Un's father, the late Kim Jong Il. The new satellite, which is thought to be somewhat larger than the earlier one, is called Kwangmyongsong 4.

The Shining Star name was also written on the rocket itself, which previously carried the name Unha, or "Galaxy."

South Korean officials and foreign analysts said Tuesday that they now believe the first stage of the rocket had a cagey new feature: It was deliberately rigged to blow up after separation Sunday, for the express purpose of confounding foreign analysts.

While government leaders around the world are trying to figure out how to punish North Korea for its rocket launch, the U.S., Japanese and South Korean militaries are scouring the seas for debris and analysts are studying photos, trajectories — anything that might provide insight into North Korean rocketry skills.

So far they haven't found much, in part because the first stage was destroyed.

In a statement Tuesday, South Korea's Defense Ministry said it believes the North deliberately blew up the rocket's first stage after burnout to prevent South Korea from retrieving rocket debris.

Previously, South Korea retrieved the first stage of the rocket the North launched in 2012, along with a 2-by-12-inch explosive device they say suggests the North had intended to blow that one up, too.

From North Korea's perspective, blowing up some of the evidence makes sense.

"If I were North Korea, I would probably have done the same thing to avoid South Korea pulling it out of the sea to study it and show it off," said David Wright, co-director of the Global Security Program at the Union of Concerned Scientists. "The second stage lands far enough out at sea that it is probably not recoverable, so they wouldn't need to worry so much about that."

The move could also have deeper military implications. Governments around the world have denounced the launch as a cover for testing long-range ballistic missile technology, which it is banned from doing under U.N. resolutions.

Ted Postol, a rocket expert at the Massachusetts Institute of Technology, said that if the North deliberately blew up the rocket's first stage, it could complicate weapons defenses being developed by the United States.

"If it is true that the first stage was intentionally cut into many pieces, it is a clear indication that the North Koreans have also demonstrated the potential to build countermeasures against U.S. missile defenses," he said.

He said such defenses rely heavily on infrared tracking. But previous tests by the U.S. of its anti-missile defense systems indicate that a plethora of false targets — like the fragments of a detonated rocket stage — make it difficult for interceptors using infrared homing devices to distinguish the warhead from pieces of debris.

South Korea says it has already retrieved what it believes is the rocket's fairing — a casing that protects its payload — in the waters southwest of the southern Jeju island.

Its defense ministry said the rocket's second stage was believed to have landed in the waters east of the Philippines' Luzon island, about 1,500 miles away from the North's launch pad. The ministry said South Korea and the United States are still trying to find its exact splash zone.