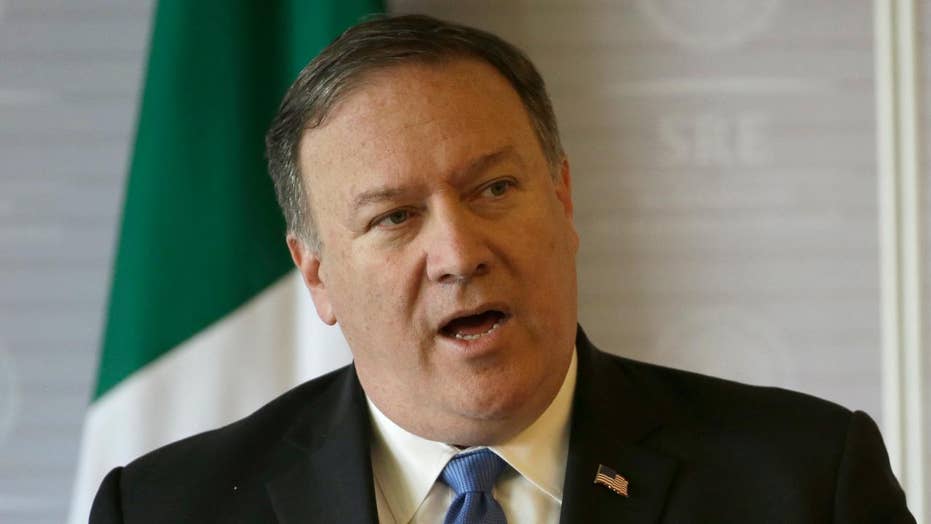 Pompeo reiterates that the Kim regime claims it is committed to denuclearization; Rich Edson reports from the State Department.

More than one month after the Trump-Kim summit in Singapore, North Korea has yet to make good on its promise to return the remains of American war dead.

Secretary of State Mike Pompeo, who traveled to Pyongyang this month to press the North Koreans further, said Wednesday the return could begin "in the next couple of weeks." But positively identifying the bones as those of specific American service mmebers could take months or years, according to the Associated Press.

In a joint statement at their Singapore summit on June 12, President Donald Trump and North Korean leader Kim Jong Un committed to recovering the remains of prisoners of war and those missing in action decades after the Korean War — "including the immediate repatriation of those already identified."

But as of mid-July, the repatriation has not happened.

Citing a U.S. official, Stars and Stripes on Tuesday reported that the North has agreed to transfer as many as 55 sets of remains next week.

"We're making progress along the border to get the return of remains, a very important issue for those families."

"We're making progress along the border to get the return of remains, a very important issue for those families," Pompeo said Wednesday at the White House. "I think in the next couple of weeks we'll have the first remains returned, that's the commitment, so progress certainly being made there."

"What was supposed to be the easiest item on the United States-North Korea negotiations agenda — the return of Korean War soldiers' remains — is proving to be yet another sticking point," said Mark Fitzpatrick of the International Institute for Strategic Studies.

Beyond the promised initial return of remains that the North may have been holding in storage for years, the State Department said earlier this week that the two sides have agreed to restart searches for burial locations of U.S. war remains in North Korea.

In Fitzpatrick's view, the North has used the promise of war remains as leverage for political objectives, including a peace treaty that replaces the armistice agreement that brought fighting on the Korean Peninsula to an end in July 1953.

The Singapore summit was mainly about Trump's push to rid North Korea of its nuclear weapons. He said afterward there was no longer a nuclear threat from the North, though Kim agreed only to "work toward complete denuclearization of the Korean Peninsula," and no binding agreement was established.

On Tuesday, Trump seemed to reveal his own doubts about timing. He told reporters, "We have no rush for speed," adding, "We're just going through the process."