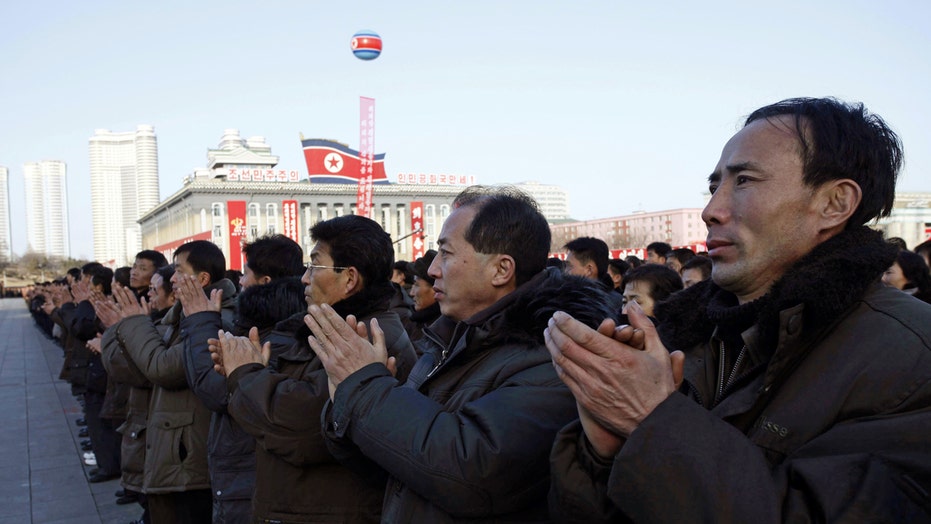 Has the US forgotten about the North Korea threat?

Bias Bash: Judy Miller on how the press covered the country's bomb test

The South’s propaganda broadcasts drove the Korean peninsula to the brink of war in August after a brief resumption. Seoul said the two sides exchanged artillery fire in response to the broadcasts and they would eventually end them. Pyongyang says the broadcasts are tantamount to an act of war.

North Korea’s top ruling party official said the broadcasts, along with talks between Washington and Seoul on the possibility of deploying U.S. warplanes capable of delivering nuclear bombs in Seoul have pushed the peninsula “toward the brink of war.” The official was speaking to a crowd at Pyongyang’s Kim Il Sung Square.

"Jealous of the successful test of our first H-bomb, the U.S. and its followers are driving the situation to the brink of war, by saying they have resumed psychological broadcasts and brought in strategic bombers," Kim said.

Reuters reported state media published photos of the rally which appear to show the crowds of people holding up signs in immense support of Kim Jong Un.

South Korean troops near the broadcast sites are on the highest alert, but have yet to detect any unusual movement from the North Korean military along the border, an official from Seoul’s Defense Ministry told the Associated Press Saturday. The Yonhap news agency said Seoul had deployed missiles, artillery and other weapons systems near the border to swiftly deal with any possible North Korean provocation, but the ministry didn’t confirm those reports.

Officials say broadcasts from the South's loudspeakers can travel about 6 miles during the day and 15 miles at night. That reaches many of the huge force of North Korean soldiers stationed near the border and also residents in border towns such as Kaesong, where the Koreas jointly operate an industrial park that has been a valuable cash source for the impoverished North.

Seoul also planned to use mobile speakers to broadcast from a small South Korean island just a few miles away from North Korean shores. While the South's broadcasts also include news and pop music, much of the programming challenges North Korea's government more directly.

"We hope that our fellow Koreans in the North will be able to live in (a) society that doesn't invade individual lives as soon as possible," a female presenter said in parts of the broadcast that officials revealed to South Korean media. "Countries run by dictatorships even try to control human instincts."

August talks between the Koreas eased anger and stopped the broadcasts, which Seoul started after blaming North Korean land mines for maiming two South Korean soldiers. It might be more difficult to do so now because, as some analysts suggest, it’s highly unlikely that the North will express any kind of regret for its nuclear test, which has become a source of intense national pride.

The fresh broadcasts came as world powers sought to find other ways to punish the North for conducting what it said was its first hydrogen bomb test Wednesday.

U.S. Secretary of State John Kerry urged China, the North's only major ally and its biggest aid provider, to end "business as usual" with North Korea.

Diplomats at a U.N. Security Council emergency session pledged to swiftly pursue new sanctions. For current sanctions and any new penalties to work, better cooperation and stronger implementation from China is seen as key.

Both South Korean and U.S. officials have discussed the deployment of U.S. “strategic assets,” Seoul’s Defense Ministry told the Associated Press. Assets are likely to include B-52 bombers, F-22 stealth fighters and nuclear powered submarines.

After North Korea's third nuclear test in 2013, the U.S. took the unusual step of sending its most powerful warplanes — B-2 stealth bombers, F-22 stealth fighters and B-52 bombers — to drills with South Korea in a show of force. B-2 and B-52 bombers are capable of delivering nuclear weapons.

It may take weeks or longer to confirm or refute the North's claim that it successfully tested a hydrogen bomb, which would mark a major and unanticipated advance for its still-limited nuclear arsenal. Outside experts are skeptical the blast was a hydrogen bomb, but even a test of an atomic bomb would push North Korea closer to building a nuclear warhead small enough to place on a long-range missile.

Late Friday, the Korea Institute of Nuclear Safety said a small amount of radioactive elements was found in air samples collected from the peninsula's eastern seas after the blast, but the measured amount was too small to determine whether the North had really detonated a nuclear device. The institute will continue to collect and analyze more samples.

British Foreign Secretary Philip Hammond, meanwhile, asked South Korea to refrain from the propaganda broadcasts. But South Korea sees K-pop and propaganda as quick ways to show its displeasure — and a guaranteed irritant to the North's sensitive and proud leadership.

The broadcasts include Korean pop songs, world news and weather forecasts as well as criticism of the North's nuclear test, its troubled economy and dire human rights conditions, according to Seoul's Defense Ministry.

Performers on Seoul's propaganda playlist include a female K-pop band that rose to fame when its members fell multiple times on stage, a middle-aged singer who rose from obscurity last year with a song about living for 100 years and songs by a young female singer, IU, whose sweet, girlish voice might be aimed at North Korean soldiers deployed near the border.

North Koreans are prohibited from listening to K-pop, but defectors have said their countrymen enjoy music and other elements of South Korea popular culture that are smuggled into the country on USB sticks and DVDs.