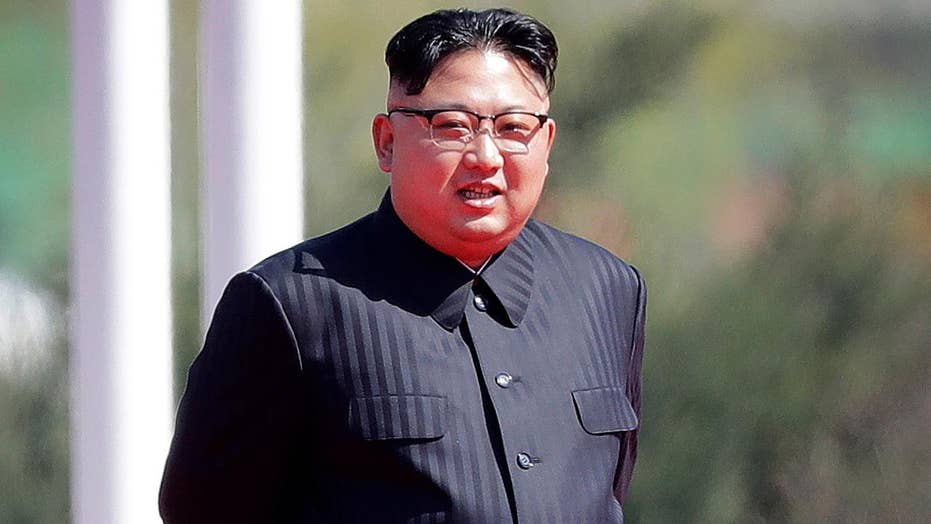 “Our revolutionary forces are combat-ready to sink a U.S. nuclear powered aircraft carrier with a single strike," according to North Korea’s ruling Workers’ Party’s newspaper, the Rodong Sinmum.

The paper also likened the USS Carl Vinson to a “gross animal” and said a strike on the carrier would be “an actual example to show our military’s force.”

President Trump ordered the USS Carl Vinson to sail to waters off the Korean Peninsula in response to the rising tensions over Pyongyang’s nuclear and missile tests and threats to attack the U.S. and its allies. Vice President Pence said Saturday that group would arrive “within days.”

The Vinson and two other U.S. warships were joined by two Japanese destroyers as they continued their journey north in the western Pacific Ocean, the U.S. Navy said in a statement. The U.S. group also includes a guided-missile cruiser and a guided-missile destroyer.

The aircraft carrier had canceled a scheduled visit to Australia to divert toward North Korea in a show of force, though it still conducted a curtailed training exercise with Australia before doing so.

The Navy called the exercise "routine" and said it is designed to improve combined maritime response and defense capabilities, as well as joint maneuvering proficiency.

The Vinson group has conducted three previous bilateral exercises with the Japanese Navy since leaving San Diego on Jan. 5 for a western Pacific deployment. The most recent one was in March.

Analysts believe that North Korea could be gearing up for its sixth nuclear test in wake of a failed missile launch and ahead of the 85th anniversary of the founding of the Korean People’s Army, which takes place Tuesday.

North Korea conducted two of its five nuclear tests last year and is believed to be working to develop nuclear-tipped missiles that could reach the mainland U.S.