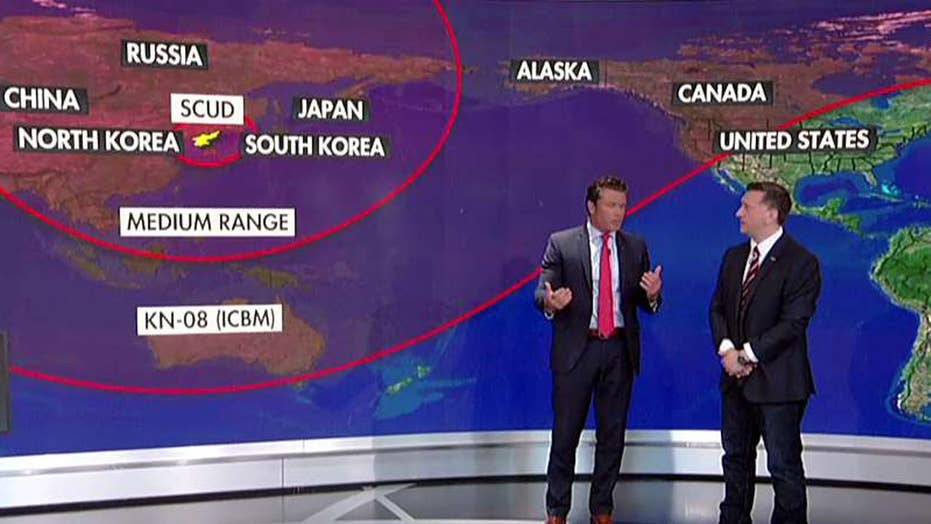 Is America prepared for a confrontation with North Korea?

The U.S. is preparing to unilaterally tighten sanctions on North Korea as well as targeting Chinese companies and banks the U.S. believes are funneling money into the regime’s weapons program.

The resolution has been circulated to the regime’s closest ally and main trading partner, China, as well as the three other permanent members of the U.N. Security Council – Russia, Britain and France, the diplomats said.

The Justice Department said the Chi’s network hit transactions which helped fund North Korea’s military and arms programs, the newspaper reported. While the network is not under U.S. sanctions, analysts believe can be cutoff the same way a separate Chinese firm last year.

North Korea’s successful test launch of an ICBM last week was a milestone in its long-term effort to build a missile with a nuclear warhead capable of reaching the U.S. President Trump searched for a consensus with Asian allies Saturday on how to counter what he called the “menace” of North Korea.

U.S. Ambassador Nikki Haley told the Security Council last Wednesday that the United States is prepared to use military force to defend the country and its allies against a North Korean ICBM if necessary, but she said the Trump administration prefers to use its clout in international trade to address the growing threat.

Both Trump and Haley put the spotlight on China, with the U.S. leader voicing his frustration in recent days that Beijing hasn't done more. But during their meeting on the sidelines of the Group of 20 summit in Hamburg, Germany, Trump told Chinese President Xi Jinping, "I appreciate the things that you have done relative to the very substantial problem that we all face in North Korea."

Haley was tougher, saying that seven U.N. sanctions resolutions haven't gotten North Korea to change its "destructive course." She stressed that much of the burden of enforcing the resolutions rests with China because it is responsible for 90 percent of trade with its neighbor.

Declaring that it's time to do more, Haley said the U.S. would put forward a new resolution in the coming days "that raises the international response in a way that is proportionate to North Korea's escalation."

Haley said Sunday in a televised interview that the U.S. is going "to push hard against China" because of its economic control over North Korea. "While they have been helpful, they need to do more," she said.

She said the United States doesn't expect the new resolution being negotiated to be "watered down" — as has happened in the past, mainly by China.

"It will be very telling as to whether China works with us, which we're hoping that they will — and we will know in the next couple of days whether that's going to be the case," Haley said.