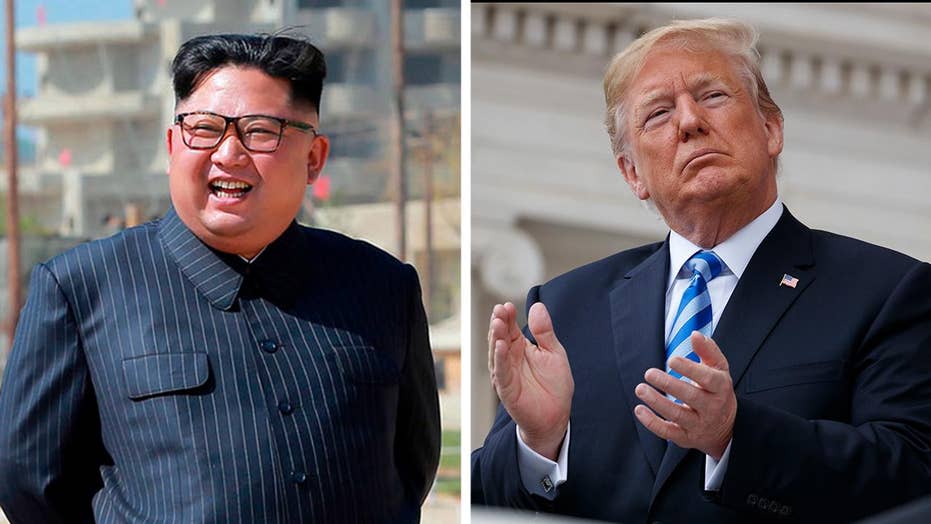 US, North Korea differ over timeline of denuclearization

Pyongyang reportedly wants to dismantle its nuclear program on its own timetable; insight from Gordon Chang, author of 'Nuclear Showdown: North Korea Takes On the World.'

North Korea is sending its former spymaster to America in hopes of jump-starting the potential summit with President Trump, according to a report Tuesday.

Kim will fly to New York City via Air China on Wednesday before heading to Washington, Yonhap said

Kim is well-known in North Korea and represented his nation at this year’s winter Olympics in South Korea — a key moment in the thawing North-South relationship.