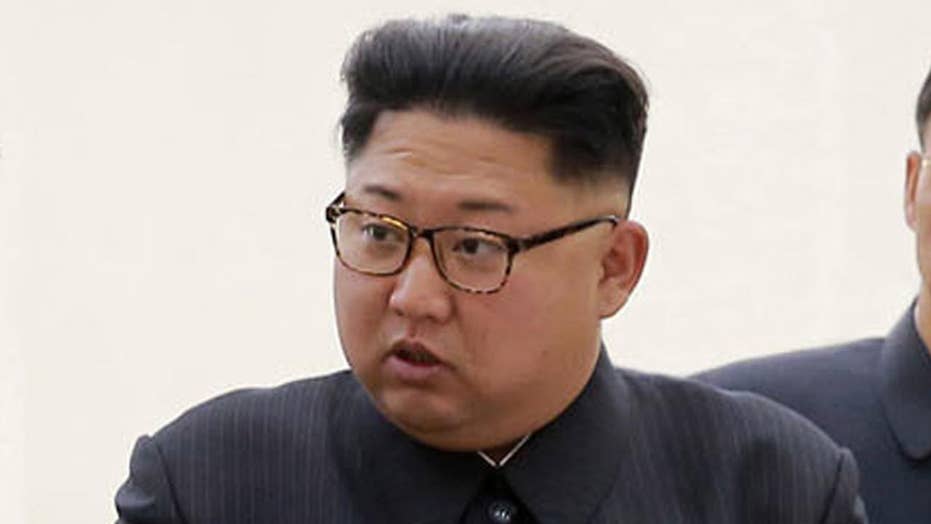 North Korea has reportedly resumed work at its underground nuclear testing site, according to defense analysts, in a brazen act of defiance against the latest U.N. sanctions.

Commercial satellite imagery has helped identify multiple landslides at the Punggye-ri Nuclear Test Site near Mt. Mantap, the analysts say in a new report published on 38 North, a website devoted to news out of North Korea.

The seismic activity, they say, is a result of North Korea’s sixth nuclear test Sept. 3.

“These disturbances are more numerous and widespread than seen after any of the North’s previous five tests, and include additional slippage in pre-existing landslide scars and a possible subsidence crater,” the report says.

Images captured Sept. 8 show a large cargo truck in the South entrance area of the testing site, which the analysts from 38 North suggest indicates that North Korea is prepping for another test.

The news comes just two days after North Korea vowed it would keep expanding its nuclear weapons arsenal despite recent sanctions imposed by the United Nations.

On Wednesday, officials from North Korea’s Foreign Ministry responded to a new list of sanctions from the U.N. Security Council, saying that they were committed to pursuing the program, “at a faster pace without the slightest diversion,” the New York Times reported.

On the same day, South Korea announced it had conducted its first live-fire drill for an advanced air-launched cruise missile that would strengthen its pre-emptive strike capability against North Korea in the event of crisis.

South Korea's military said the Taurus missile fired from an F-15 fighter jet traveled through obstacles at low altitudes before hitting a target off the country's western coast during drills Tuesday. The country has been accelerating efforts to ramp up its military capabilities in face of a torrent of weapons tests by the Hermit Kingdom.

A pre-emptive strike against Pyongyang's leadership would be difficult to undertake, but it's widely seen as the most realistic of the limited military options Seoul has to deny a nuclear attack from its rival.

The North said its latest nuclear test was a detonation of a thermonuclear weapon built for its developmental intercontinental ballistic missiles that were flight tested twice in July. The country is also developing solid-fuel missiles that could be fired from land mobile launchers or submarines. It flew a powerful new midrange missile over northern Japan last month while declaring more missile tests targeting the Pacific Ocean.

Meanwhile, South Korea said it found a small amount of radioactivity in air samples collected days after the North's test.