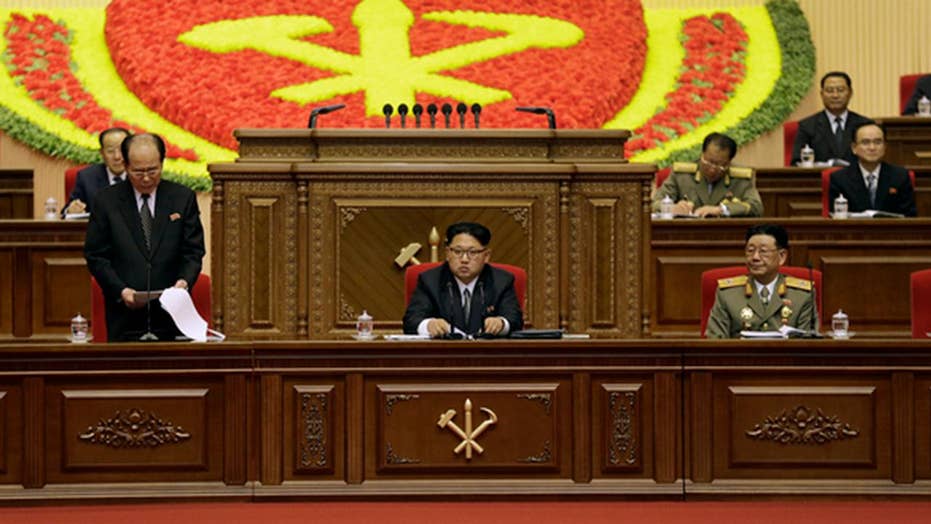 In his meeting earlier this month with North Korean dictator Kim Jong Un, CIA Director Mike Pompeo was assured that a planned summit between Kim and President Donald Trump could be joined with the release of three detained U.S. citizens, the Wall Street Journal reported Friday night.

Pompeo, whose nomination as secretary of state is pending, visited Pyongyang over Easter weekend. In the meeting with Kim, the Journal reported, the dictator said the imminent summit with Trump could be paired with the release of three detained U.S. citizens in the Hermit Kingdom. That’s according to people briefed on the meeting, the Journal reported.

An exact date and location for the historic meeting between Trump and Kim has not yet been decided, but the leaders are proceeding with plans to meet around the middle of June in a location outside northeast Asia, the sources told the outlet.

Recent talks between both countries have reportedly been positive and have been centered around the logistics of any meeting. Those talks have been ongoing since Pompeo’s return from North Korea, according to the Journal.

Kim Dong Chul, a South Korean-born businessman and naturalized U.S. citizen, has been held in North Korea since October 2015 over alleged espionage, according to the BBC.

Kim Sang-duk, also known as Tony Kim, has been held since April 2017 and was arrested before boarding a flight from Pyongyang for allegedly trying to undermine the country’s government, according to Reuters.

Kim Hak-song was arrested in May 2017 over alleged “hostile acts” against the country, according to the BBC.

"From April 21, North Korea will stop nuclear tests and launches of intercontinental ballistic missiles," the Korean Central News Agency said, according to Yonhap News. "The North will shut down a nuclear test site in the country's northern side to prove the vow to suspend nuclear test."

Asked this week about the status of the detained citizens, Trump said their return home remained a priority. “We have been talking about them. We are negotiating now,” Trump said at a joint news conference with Japanese Prime Minister Shinzo Abe. The Trump administration, the president said, is “fighting very diligently to get the three Americans back.”