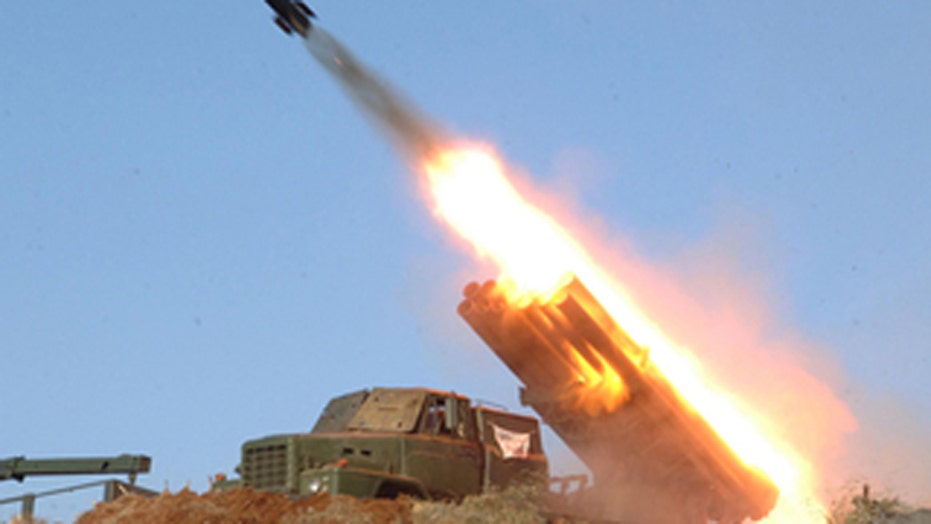 Is North Korea a credible threat?

Lt. Col. Tony Shaffer on our biggest vulnerabilities, North Korea's progress and why it is a risk to our security

PYONGYANG, North Korea – North Korea on Sunday rebuffed a South Korean proposal to resolve rising tensions through dialogue, dismissing it as a "crafty trick" by its rival.

Tensions have been high on the Korean Peninsula for weeks, with Pyongyang threatening to attack Seoul and Washington for conducting joint military drills and for supporting U.N. sanctions imposed on North Korea for a February nuclear test.

While the threats are largely seen as rhetoric, U.S. and South Korean officials have said they believe North Korea may test-fire a mid-range missile designed to reach the U.S. territory of Guam.

Pyongyang also took a direct shot at Seoul by pulling more than 50,000 North Korean workers from their joint factory park in the border city of Kaesong and denying South Koreans access to the complex just north of the Demilitarized Zone.

The move has brought the South Korean-run factories to a standstill, threatening a shutdown of the last joint project left between the two Koreas.

But on Sunday, North Korea's Committee for the Peaceful Reunification of Korea said Pyongyang has no intention of talking with Seoul unless it abandons its confrontational posture.

The two Koreas technically remain at war because their 1950-53 conflict ended with an armistice, not a peace treaty. The U.S. keeps about 28,500 troops in South Korea to help deter potential aggression by the North.