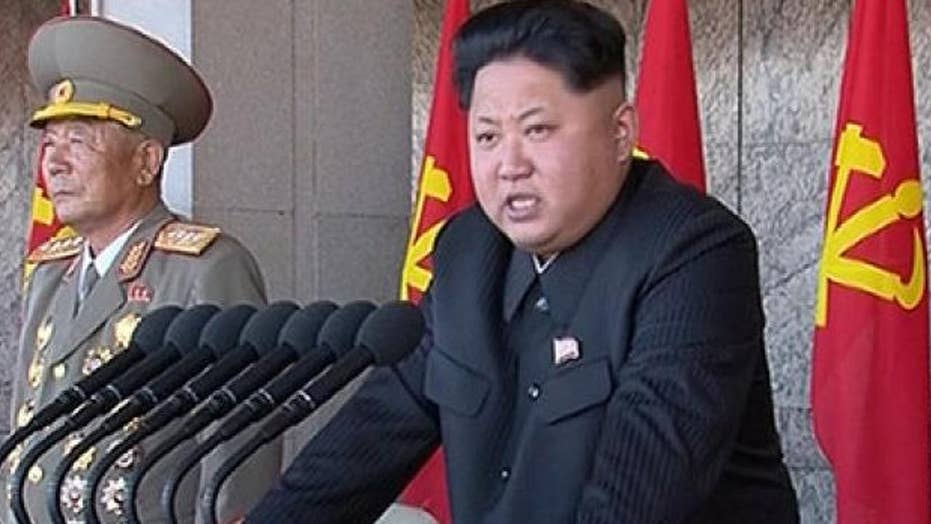 Amid new reports the North might be preparing for another nuclear test or missile launch to mark the anniversary Saturday of the birth of the country’s founder Kim il Sung, the grandfather of current leader Kim Jong Un, the regime organized a mass turn-out of residents and soldiers to mark the opening of a new government-backed building complex in the capital.

Kim Jong Un, in fact, happily officiated at the ribbon-cutting for the new complex, but he no doubt has other things on his mind. Like President Trump and his talk about ally China helping in the dispute, as well as that still-possible U.S. military option, and reports of the Trump administration planning more sanctions.

One resident angrily rejected those.

“We really don’t care,” one man told me. “We’ve lived under the sanctions of the U.S. since the very first day. We don’t give a damn.”

As for that new building complex? Despite the fact that no one lives or works there yet, and the shops looked decidedly “un-shopped,” this addition to the showcase capital seemed to please at least one person:

“Our future looks bright,” a woman told me, “thanks to Kim Jong Un.”

And what do the officials think about all the tough talk coming from the Trump administration? To sum up the reaction of one?  Bring it on.