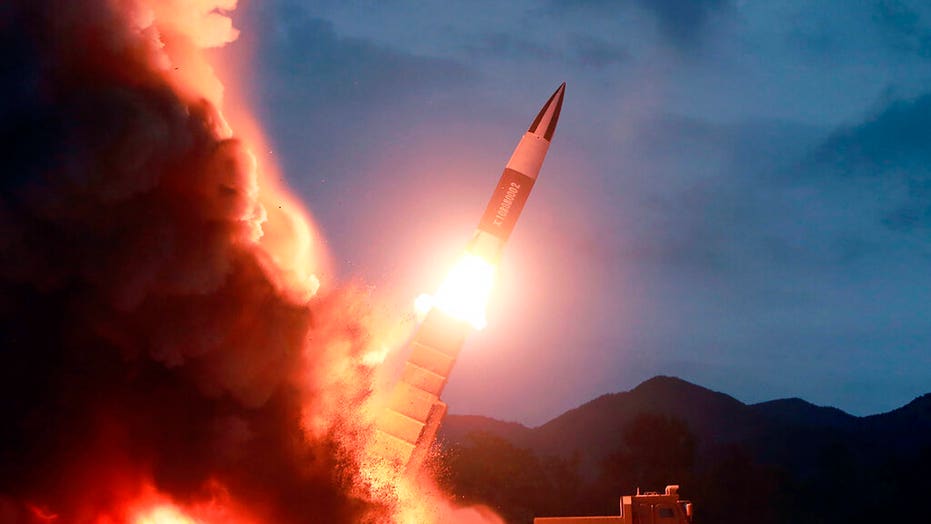 North Korea fired two short-range ballistic missiles into the Sea of Japan, a U.S. official confirmed to Fox News Friday, just over a week after the secretive regime tested a "new weapon" with multiple projectile launches.

The North had been expected to halt weapons tests because the 10-day U.S.-South Korean drills, which it views as an invasion rehearsal, ended earlier this week.

"North Korea launched unidentified projectiles twice this morning from Sunduk area, south of Hamkyeng province to the east sea Saturday," South Korean military officials said in a statement. "Our military is closely monitoring the situation in case of additional launches while maintaining a readiness posture."

The missile launch comes a day after South Korea pulled out of the General Security of Military Information Agreement (GSOMIA), a key intelligence-sharing pact with Japan, stating that it no longer meets Seoul's "national interests" to do so, according to reports by The Japan Times.

The current test is the seventh missile launch by the regime since they resumed testing in July after historic denuclearization talks between North Korean leader Kim Jong Un and President Trump in May stalled.

The South Korean military has been the first to report on North Korean launches, and the newest launch could indicate whether Seoul and Tokyo continue to share intelligence information with each other despite fraying relations, according to reports by The Japan Times.

Not many details about the tests were immediately known, including the distance and maximum altitude it reached as well as where it landed. The Japanese government said North Korea appears to have fired missiles, but they caused no damage and did not land in Japanese territorial waters.

Last Friday, North Korean leader Kim Jong Un tested two projectiles that were launched from the North's eastern coast and landed in the Sea of Japan.

The tests came as Kim vowed to build up "invincible military capabilities no one dare provoke," in an attempt to pressure Washington to cave in nuclear negotiations and their joint military exercises with Seoul, which have been slow to progress.

North Korea's foreign minister said Friday his country will try to remain "America's biggest threat" if the United States continues to confront the North with sanctions. Foreign Minister Ri Yong Ho also called U.S. Secretary of State Mike Pompeo a "poisonous plant of American diplomacy" and vowed to "shutter the absurd dream" that sanctions will force a change in Pyongyang.