"From April 21, North Korea will stop nuclear tests and launches of intercontinental ballistic missiles," the Korean Central News Agency said, according to Yonhap News. "The North will shut down a nuclear test site in the country's northern side to prove the vow to suspend nuclear test."

The announcement comes amid preparations for a meeting later this year between President Trump and the North Korean dictator. During the summit, Trump said he expected to talk with Kim about denuclearizing the hermit kingdom.

“North Korea has agreed to suspend all Nuclear Tests and close up a major test site,” Trump tweeted following the announcement. “This is a very good news for North Korea and the World - big progress! Look forward to our Summit.”

News of the testing suspension follows the revelation earlier this week that Mike Pompeo, the current CIA director and secretary of state nominee, met with Kim in North Korea over Easter weekend to lay the groundwork for the prospective meeting with Trump. The meeting, Trump said, could occur by early June.

"Denuclearization will be a great thing for World, but also for North Korea," he said. 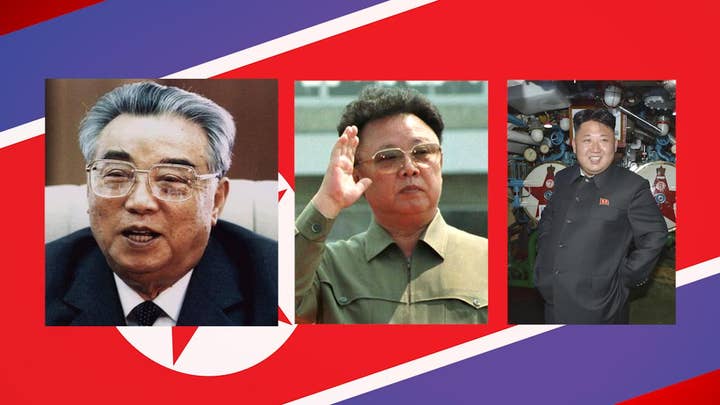 However, Trump told reporters on Wednesday that he would walk away from talks with Kim if he thought they were "not going to be fruitful."

North Korea's decision Friday was made in a meeting of the ruling party's Central Committee, during which Kim, according to the Korean Central News Agency, said, "Nuclear development has proceeded scientifically and in due order and the development of the delivery strike means also proceeded scientifically and verified the completion of nuclear weapons.

"We no longer need any nuclear test or test launches of intermediate and intercontinental range ballistics missiles and because of this the northern nuclear test site has finished its mission," he said.

North Korea also vowed to actively engage with regional neighbors and the international community to secure peace in the Korean Peninsula and create an "optimal international environment" to build its economy.

The country's diplomatic outreach in recent months came after a flurry of weapons tests, including the underground detonation of a possible thermonuclear warhead and three launches of developmental intercontinental ballistic missiles designed to strike the U.S. mainland.