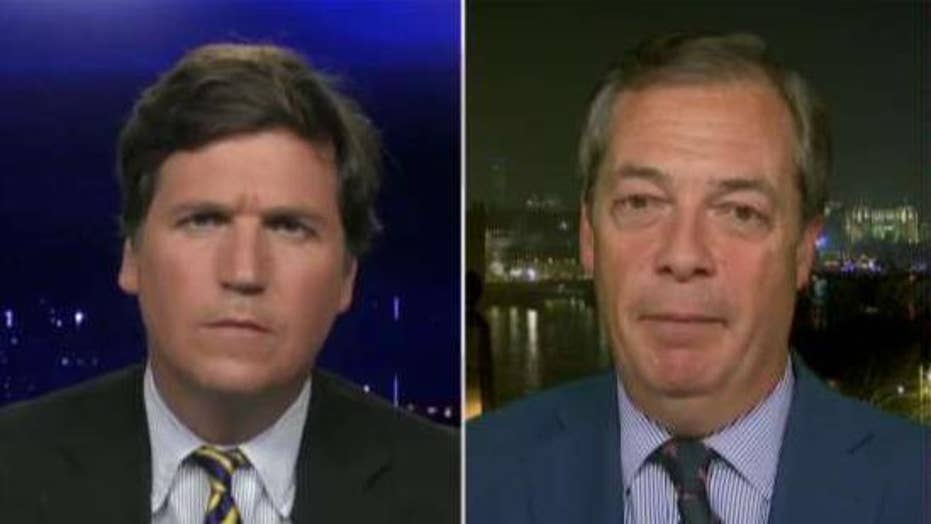 “And not once do we ever hear a single leader in Europe offer any policy solutions whatsoever,” he told Tucker Carlson. “They are still in denial because they are so embarrassed by the fact that they have caused this.”

A van rammed into a crowd in Barcelona on Thursday, killing at least 13 people and injuring more than 100 others. ISIS claimed responsibility for the terror attack on Thursday through its propaganda arm, according to the SITE Intel Group.

The Thursday attack came after a string of incidents in Europe where vehicles were used as weapons.  In the last year, Paris, London, Stockholm, Berlin, and Nice have faced terror attacks by vehicles.

“There is a direct link and relationship between the number of people you let in from different religions and different cultures and the number of terror attacks,” Farage said.

He said the ISIS terror attacks have not occurred in Central and Eastern Europe because countries such as Hungary, Poland, the Czech Republic and Slovakia refuse to indulge European Union quotas of migrants attempting to cross the Mediterranean.

The countries from this region of Europe who have lived under Nazism and Communism within living memory, he said, won’t buckle under the pressure to allow “Islamic migration.”

Farage also noted that Brexit was about protection and safety: not about being anti-Islam but rather leaving the EU and controlling immigration.

“We actually want to control our borders, not because we dislike anybody, but because we believe firstly in sensible border controls,” he said.

Noting he believes the European project is falling apart, and that it’s a continent of various diverse peoples and not the United States of Europe — he also simultaneously doesn’t understand what’s happening across the pond.

“What’s happening in America is that amazes me,” Farage said. “There’s a large section of America that is much more concerned with tearing down historical statues that date back to the Civil War than recognizing who the real enemy of the West is!”