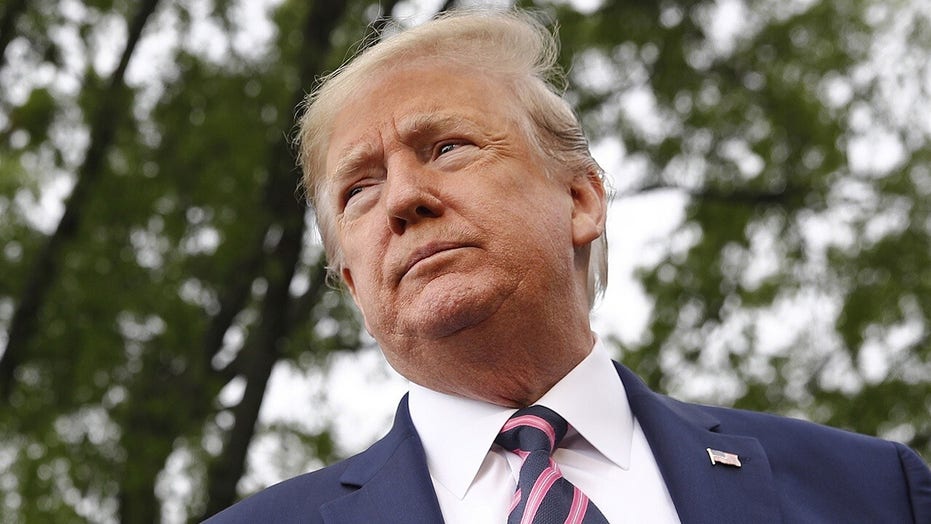 In the aftermath of the rogue attempt by private contractors on Sunday to capture Venezuelan president Nicolas Maduro, U.S. government officials are pointing to the beleaguered regime’s efforts to spurn a “disinformation” campaign designed to deflect against their growing number of human rights abuses.

“As President Trump and [Defense Secretary Mark] Esper said, the United States government was not involved in recent events in Venezuela. There is a major disinformation campaign underway by the Maduro regime, making it difficult to separate facts from propaganda,” a State Department spokesperson told Fox News late Tuesday. “We are making efforts to learn more, including about the activities of two U.S. Citizens who are reportedly in the custody of the former regime, as well as Mr. Goudreau.”

A former U.S. Special Forces soldier based in Florida but believed to now be in Colombia, Jordan Goudreau, claimed responsibility for orchestrating the failed operation he called “Operation Gideon.”

Even after the plot was exposed in a detailed Associated Press investigation published on Friday, it still went ahead in the early hours of Sunday, with operators arriving at a heavily militarized Venezuelan port on fishing points where they were essentially pounced upon.

The following day, more than 100 Venezuelan men were rounded up for alleged involvement, along with two Americans who remained in the country. The two U.S. citizens were identified as Luke Denman and Airan Berry, both previously U.S. Special Forces soldiers, also known as Green Berets, who had previously served with Goudreau.

In a “confession” released by Venezuelan officials on Wednesday, Denman appeared to state his mission was to secure the airport and kidnap Maduro, under the command of Trump. Also Wednesday, Maduro said he would seek Goudreau’s extradition to Venezuela.

The State Department spokesperson underscored that the U.S. would “be looking closely into the role of the Maduro regime in this melodrama and especially of the very large Cuban intelligence apparatus in Venezuela.”

“The record of falsehoods and manipulation by Maduro and his accomplices, as well as their highly questionable representation of the details, argues that nothing should be taken at face value when we see the distorting of facts,” the spokesperson continued. “What is clear is that the former regime is using the event to justify an increased level of repression.”

The U.S. government is additionally pointing to “the timing of these events” as suspect.

“A massacre of prisoners took place last weekend at Los Llanos prison, and the former regime is attempting to avoid responsibility. 46 prisoners were killed and 74 injured,” noted the representative. “While a thorough investigation has been demanded, we must all recognize that a real investigation will have to await the end of the Maduro regime and the return of democracy to Venezuela.”

Sources inside Caracas also asserted that around 10 days before the apparently underfunded and undermanned Maduro capture plot was attempted, regime forces slowly started to close off the capital. This is reported to have intensified in the days since the alleged showdown, which was allegedly intercepted around daybreak Sunday.

“On Tuesday night, the military shut down the highway that connects the capital with the industrial center,” one Caracas resident, who requested anonymity for safety reasons, told Fox News. “There is no logic, other than to exercise (more) oppression and control.”

While the United States and more than 100 other countries no longer recognize Maduro as the legitimate president of Venezuela – instead throwing their support behind opposition figure Juan Guaido – Maduro has maintained his position at the helm in the capital city of Caracas. He oversees the socialist regime and commands the security forces, even as the nation deteriorates into humanitarian crises.

Meanwhile, across state television channels in Venezuela, the foiled coup attempt is being hailed as a “victory” for the “Bolivarian revolution” – meaning for the esteemed Hugo Chavez legacy – those inside the beleaguered country told Fox News on Wednesday.

Maduro and his officials have been touting the success of their forces in the face of a failed U.S. government, releasing personal information, passports, and even mugshots of the now-imprisoned former U.S. soldiers – an unusual move for the regime.

Furthermore, Venezuelan military brass has broadcast belongings they claimed to have found on the “terrorist mercenaries” – which included odd items like dentist receipts. And in photographs of the purported weapons cache, open-source investigation specialists Bellingcat pointed out that airsoft guns were seen nestled among the handguns and satellite phones.

In addition, a senior administration official reiterated to Fox News on Wednesday that the United States Government was not involved in the recent events alleged in Venezuela.

Assertions to the contrary are not credible, and in fact, they are almost comical. A U.S. operation would have looked much different. If this were indeed a U.S.-led capture operation, as Maduro alleges, he would be undergoing arraignment in the Southern District of New York this week,” the official stated. “As we know from previous successful operations, President Trump is overt, direct, and effective when he directs the use of military force against our adversaries.”

White House officials further highlighted that the administration remained focused on the policy objectives of achieving a peaceful, democratic transition in Venezuela; will maintain our maximum pressure campaign until the Maduro regime’s criminal hold over Venezuela is over; and was “intensely monitoring any potential threats to the safety and security of the legitimate leader of Venezuela, Juan Guaido.”

“There are mixed feelings about what happened,” another source in Caracas said. “Sure, the people see this as a possible hoax from the regime, which is capitalizing on the propaganda. The regime is using this propaganda to hide other problems in the country, to conceal the jail rebellion that happened in Guanare and armed bands shooting at each other in Petare.”

However, several Maduro-opposing Venezuelans underscored the need for firm answers from Guaido, given that Goudreau has shown documents and claimed that he initially signed a $213 million contract with him last year to run the Maduro takedown mission. The former U.S. Green Beret, who runs private risk management and security named Silvercorp USA, said he never got paid but decided to forge ahead because he believed in “freedom” for those in Venezuela, which has spiraled into one of the worst humanitarians crises in the world over the past four years.

And even as the purported act of rebellion was being touted as still “underway” on Sunday night, the Silvercorp USA Twitter account wrote, “Strikeforce incursion into Venezuela,” tagging President Trump in an apparent effort to garner his attention, stating that it had “60 Venezuelans and 2 American ex-Green Berets” involved.

Guaido has denied any involvement in the bungled coup, and also signaled to the deflection and deception campaign now being waged by Maduro.

Still, many are left scratching their heads trying to piece together what exactly happened.

Surrounded by the media, opposition leader Juan Guaido pumps his fist after a rally at Bolivar Plaza in Chacao, Venezuela, Tuesday, Feb. 11, 2020. Guaido returned home from a tour of nations that back his effort to oust socialist leader Nicolas Maduro. (AP Photo/Ariana Cubillos)

Several people on the U.S. side said that the supposedly secret mission had been known to many for months, and it is believed to have been infiltrated with double-agents working for Maduro while posing as freedom fighters intent on a government overthrow. Maduro, it has been asserted, waited for the effort to roll out so that he could claim the propaganda win, analysts suspected.

Others entrenched in the U.S. defense community wondered whether something could have been done to stop it in advance, either by the U.S. or Colombian intelligence.

“I don’t know what to think,” one security expert in Caracas added. “It isn’t logical. It could be some Miami-based opposition thing that went wrong; there could be many more people involved, people who wanted a share in the $15 million bounty being offered for Maduro as their trigger.”

In late March, the U.S. Department of Justice announced that it was offering the hefty financial sum for any information that would lead to the capture of Maduro, accusing him of illicit drug trafficking into the United States, compounded with a roster of human rights abuses.