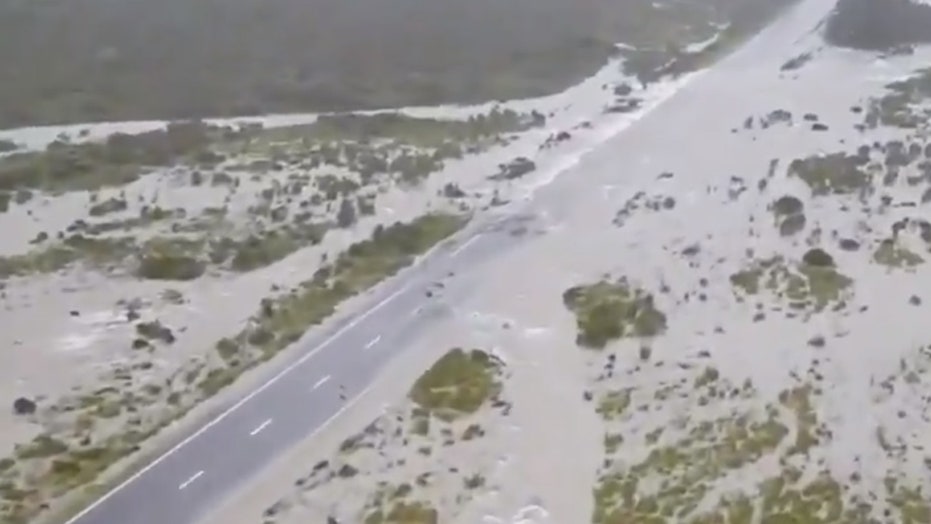 Hundreds of people are stranded on New Zealand's South Island after flash flooding spawned by heavy rainfall washed out the only roadway into an area popular with tourists.

The country's weather service said parts of the island saw more than three feet of rain in the span of nearly three days, triggering landslides and inundating roadways.

The New Zealand Transport Authority released a video on Tuesday showing the extent of damage on Milford Road, the lone highway leading to Milford Sound, where more than 300 people, including tourists, are reported to be trapped.

“Rain has continued to fall in very large volumes, and the ground conditions remain very unstable,” Peter Brown, a journey manager with the NZTA, said Tuesday.

Video released by the agency shows the roadway covered in high waters and damaged in other parts from rushing water that took chunks of the pavement away.

Officials advised Milford road could remain closed for a week. The country's Metservice has warned that more rain will cause "dangerous river conditions and significant flooding" over the coming days, according to Sky News.

A state of emergency was declared for the Southland region by the Civil Defence Emergency Management, a day after a similar declaration was made in Milford Sound.

Chunks of pavement can be seen after the roadway was washed away in heavy rain. (New Zealand Transport Authority)

In addition to the nearly 200 tourists trapped by the flooding, there are an estimated 300 workers who are also now stuck in the area.

Residents of the areas of Gore and Mataura have been advised to “prepare their grab bags (consisting of medications, clothing and personal items including documents) and be ready to evacuate if required.”