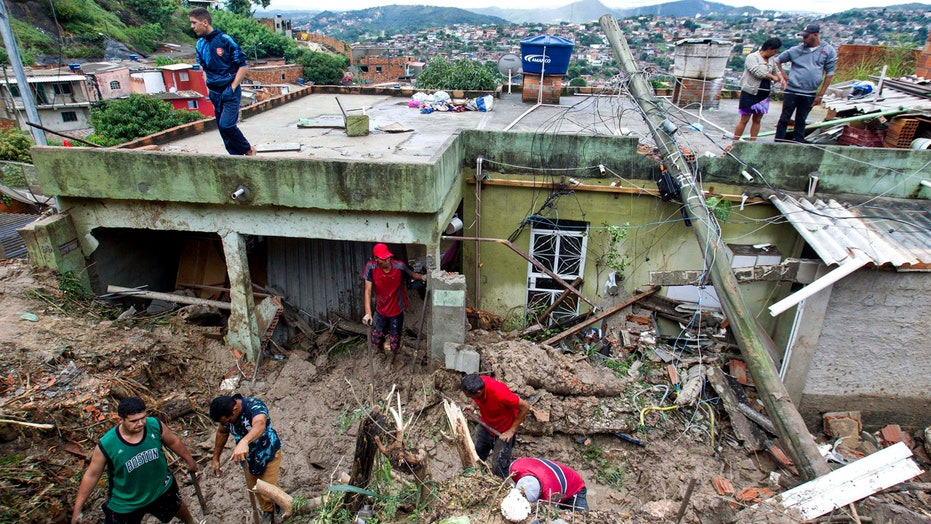 Nearly 50 people have died in Brazil and thousands have been evacuated from their homes after intense rainfall spawned widespread flooding and triggered landslides, according to officials.

Most of the casualties were reported in the state of Minas Gerais, where many of the victims were buried in landslides or washed away in floods after intense rain on Friday and Saturday.

On Sunday, authorities in the area said at least 37 people had died, while more than 17,000 were displaced or evacuated from their homes.

Authorities in Minas Gerais said at least 25 people were reported missing, according to Reuters.

The Brazilian weather service said on Saturday that the state capital of Minas Gerais, Belo Horizonte, had received seven inches of rain in one 24-hour period — the heaviest rainfall since records were first kept 110 years ago.

Nine people were killed and more than 8,000 were displaced in the coastal state of Espirito Santo in the wake of the storms, Reuters reported.

About 40 municipalities in Brazil's second most populous state have been badly hit.

The floods and landslides come on the first anniversary of the dam collapse near the town of Brumadinho, southwest of Belo Horizonte, that killed 270 people.

Mining giant Vale and German auditor Tüv Süd now face environmental charges relating to the collapse, with 16 individuals who worked for the companies facing charges of murder. Vale has been accused of failing to report warning signs before the dam engulfed a canteen, offices and farms.