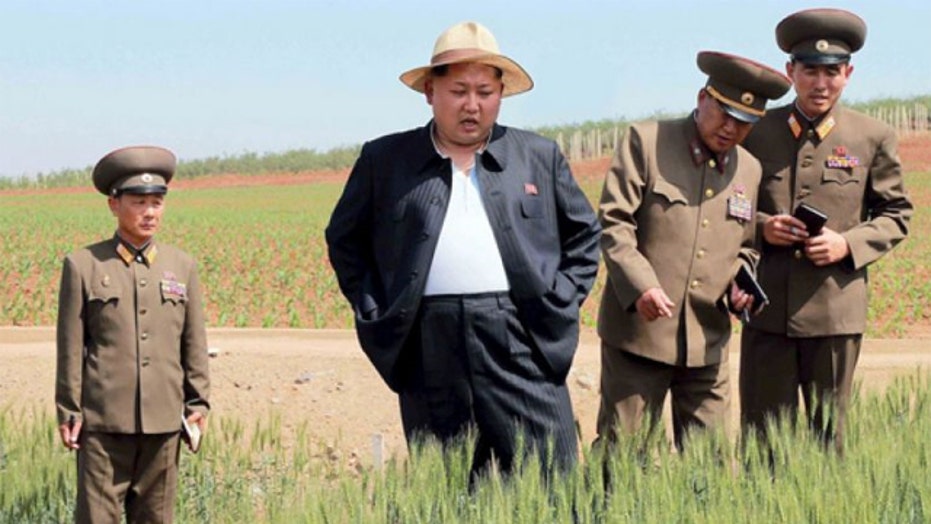 Photos show Kim Jong Un surveying the country’s farmland and the U.N. warns of another famine in North Korea

New photos of North Korean dictator Kim Jong Un published earlier this week show that he has put on weight, raising concerns about the possibility of a move to oust him from power should his health take a turn for the worse.

Kim's weight has been increasingly focused on by North Korea observers since he took over for his father, Kim Jong Il, after the latter's death in 2011. The Daily Telegraph reports that Kim Jong Un has inherited his father's appreciation for rich cuisine and French brandy. When he vanished from public view to undergo an undisclosed medical procedure this past September, it was reported in the British press that Kim had developed a taste for Emmental cheese while a student in Switzerland and had tried to have it specially imported.

North Korea watchers have warned that Kim Jong Un's weight gain could lead to health problems that might cause factions within the military or Pyongyang's court to attempt to remove him from power.

"We know that his health is not so good and, in the future, if he is taken seriously ill then there is the possibility of instability or even a coup by elements of the military", Toshimitsu Shigemura, a professor at Tokyo's Waseda University and an authority on North Korean affairs, told The Daily Telegraph. "And because the Kim family bloodline is so important in North Korean society, they may very well look to Kim's older brother, Kim Jong Nam, to be a figurehead for the new regime".

North Korea has been ruled by either Kim Il-Sung or one of his direct descendants since the country's creation following World War II.

Also Monday, the United Nations warned that a drought in North Korea could lead to severe food shortages later this year. The world body has previously said that over 17 million of North Korea's 24.6 million people are "food insecure."