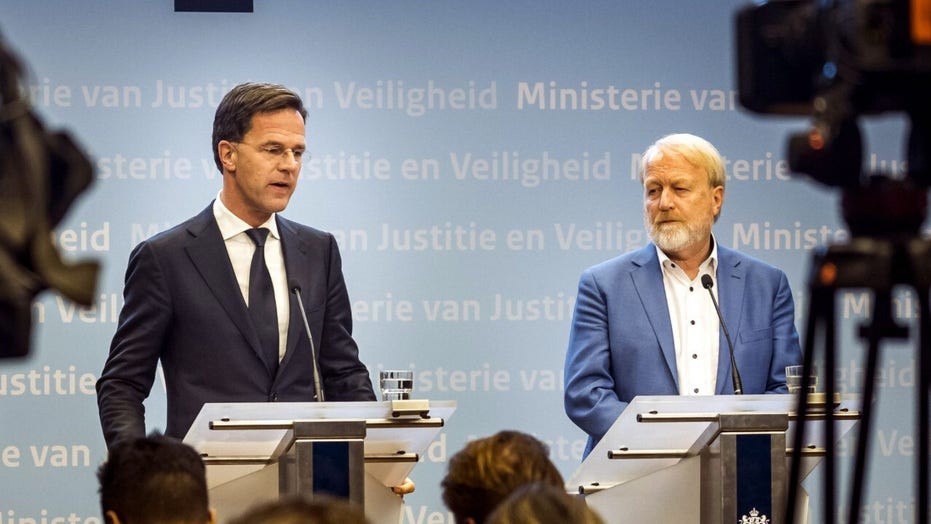 Dutch prime minister shakes hands after warning against it

After warning his people to avoid shaking hands, the Dutch prime minister shook hands with the country’s head of infectious diseases department.

The Dutch prime minister had a momentary lapse in concentration Monday night when he called on citizens of the Netherlands to stop shaking hands to prevent spreading the new coronavirus — only to turn around and do what he had just warned citizens not to.

Prime Minister Mark Rutte was holding a news conference with Jaap van Dissel of the country’s public health institute, talking about the COVID-19 outbreak around the world and in Europe. The virus has killed three people and infected 312 in the country.

“From this moment on, we stop shaking hands,” he said, following a crisis meeting of government ministers Monday night to discuss the virus. “You can do a foot kiss, bump elbows, whatever you want.”

He added: “I see all kinds of great variations on shaking hands emerging at schools, but from today we stop shaking hands.”

Netherlands' Prime Minister Mark Rutte called on citizens of the Netherlands to stop shaking hands to prevent spreading the new coronavirus and then shook hands with the head of the infectious diseases department of the national public health institute. (RTO Netherlands via AP)

However, as he was wrapping up the news conference, he shook hands with van Dissel, who quickly pointed out the prime minister’s error.

“Sorry, sorry, we can’t do that anymore! Do it again!” Rutte said as he bumped elbows with van Dissel.

A similar incident occurred to German Chancellor Angela Merkel last week — however in her case, she was stopped from making the gaffe.

Merkel, at an event last Monday, attempted to shake hands with Germany’s interior minister but was quickly rebuffed. 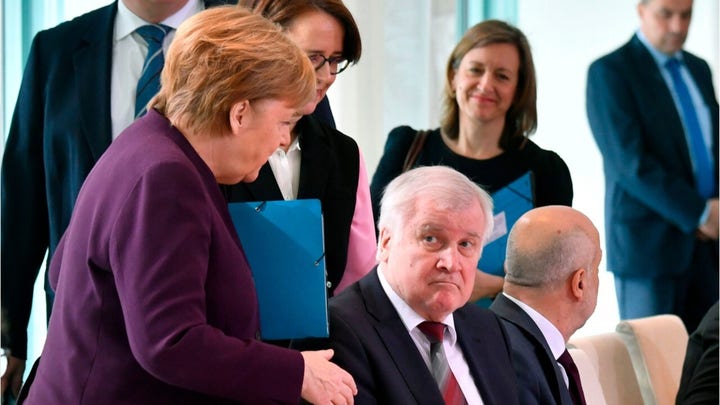 In photos and video of the exchange, Horst Seehofer smiles at Merkel but keeps his hands to himself.

They both appear to laugh it off as Merkel throws her hand up in the air and then takes a seat.

As of Tuesday morning, there have been 113,672 confirmed cases in 103 countries and international conveyance. All countries in the European Union have confirmed cases after Cyprus said overnight Monday it had two cases. 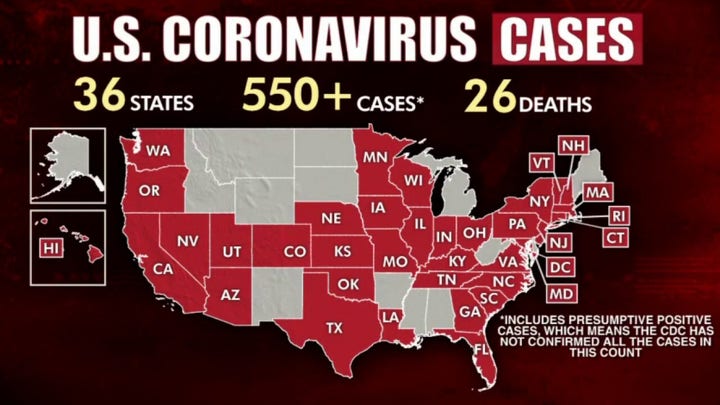 At least 874 people have died of the virus outside of China, which has seen 4,014 deaths as of Tuesday morning.

The United States has more than 650 total cases in at least 36 states, including Washington, D.C. Twenty-six people have died.