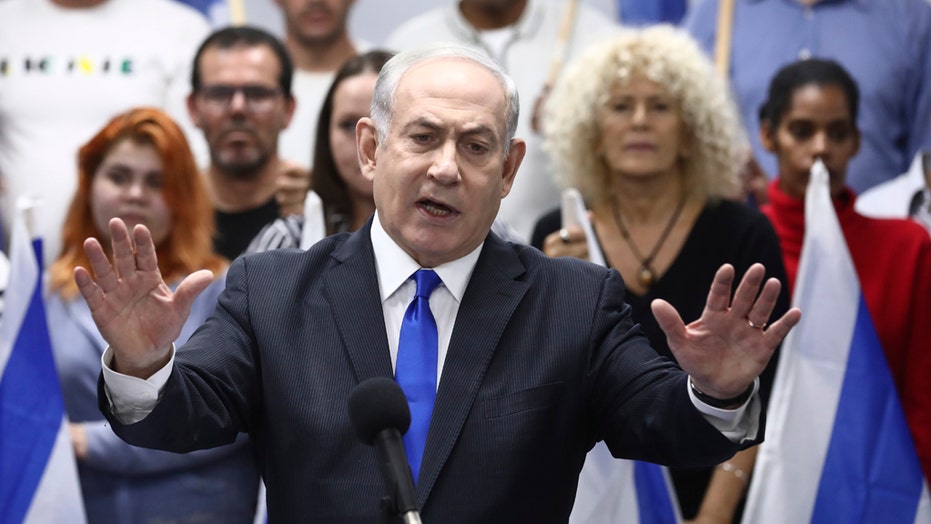 “Yesterday we gave clear instructions ... asking people to stay at home as much as they can and to go outside only when it’s vital, for food supplies and other such needs we specified,” he said in an interview with Israeli Channel 12 TV.

Netanyahu said Israel’s ultra-orthodox Jewish community and “parts of the minorities,” referencing Arab-Israelis, have not taken the message.

“If the message is not understood, then I will not hesitate to impose an order,” Netanyahu said, according to Reuters.

In the interview, he cited instances in which the country’s ultra-orthodox community continued to hold large weddings and some religious schools remained open despite a national closure of educational institutions.

He did not give any details of a lockdown order and said he would further address the issue in public remarks on Thursday.

"If necessary, the order for a lockdown will be ready tomorrow," he said, adding that a full lockdown would have devastating effects on the economy.

ISRAELI PM NETANYAHU, TEAM TESTED FOR CORONAVIRUS DESPITE NO SYMPTOMS

Netanyahu said that Israel’s situation was better than that of most countries.  “We need to make sure that is continues this way,” he said, as reported by the Jerusalem Post.

As of Wednesday, 433 people had been diagnosed with the virus and six were in critical condition, marking an increase of about 100 people in 24 hours.

“So far we have done all the things that have led the State of Israel to be among the three or four countries in the best situation in the world - but that is not summer vacations. We have anticipated the rest of the world in closing borders, widespread home isolation, limiting malfunctions, and using digital tools that have now been activated,” the prime minister said.

Netanyahu’s remarks came after the nation announced Wednesday that it would be sealing its borders, barring all foreigners to curb the spread of Covid-19.

Also on Wednesday, the Health Ministry announced it has begun using mass surveillance tools to retrace the movements of coronavirus carriers. It has already informed 400 people who have been in contact with carriers that they must quarantine themselves.

The tracking aims to alert those who were within two meters of someone diagnosed with the virus within the previous two weeks. The electronic tracking program, conducted by the Shin Bet security service, has faced criticism and its legality is currently being challenged in the High Court of Justice.

Netanyahu also promised a dramatic increase in testing capabilities, saying that he expected between 3,000 and 5,000 people would be tested per day, with testing increasing to up to 10,000 a day within two weeks. According to the Health Ministry, 2,200 tests took place Tuesday, more than double the amount of previous days.

“Leaders around the world laud my decisions,” Netanyahu told Channel 12.

Earlier Wednesday, Minister of Public Security Gilad Erdan said that a total lockdown of Israel was inevitable and he had instructed police and other security forces to prepare for the decision. Such a lockdown would mean only critical workers could leave their homes and the rest of the population could leave only to replenish stock or receive medical treatment.