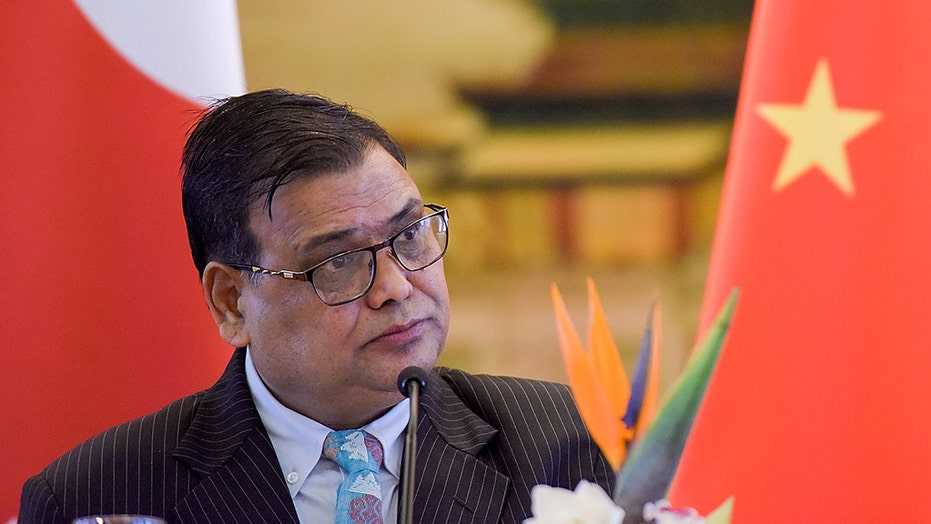 Nepal's speaker of parliament resigned Tuesday after he was accused of raping a government worker while he was drunk.

Krishna Bahadur Mahara, one of the country's leading Communist Party leaders, stepped down and in his letter of resignation said he wants to make it easier for an independent and unbiased investigation into the allegation.

A parliament staffer claimed Mahara raped her at her home on Sunday in Tinkune, according to The Himalayan Times. Mahara disputed the allegation, claiming the staffer was trying to get revenge on her for not helping her become a permanent employee in parliament.

"I told her that I cannot help her in that regard," Mahara said. "She was angry with me for that and leveled the allegation of rape against me."

Krishna Bahadur Mahara resigned on Tuesday after he was accused of raping a government employee in her home. (REUTERS/Etienne Oliveau/Pool)

Mahara was elected speaker of the House of Representatives last year after the Communist Party of Nepal won a majority of the seats in elections in November 2017.

Mahara was a leading figure of the Maoist rebels who fought a violent campaign against the government between 1996 and 2006. The Maoists entered United Nations-monitored peace talks in 2006, ending their armed revolt, and joined mainstream politics. Mahara played a key role in the peace talks with the government.

He has served as deputy prime minister, information minister and home minister.