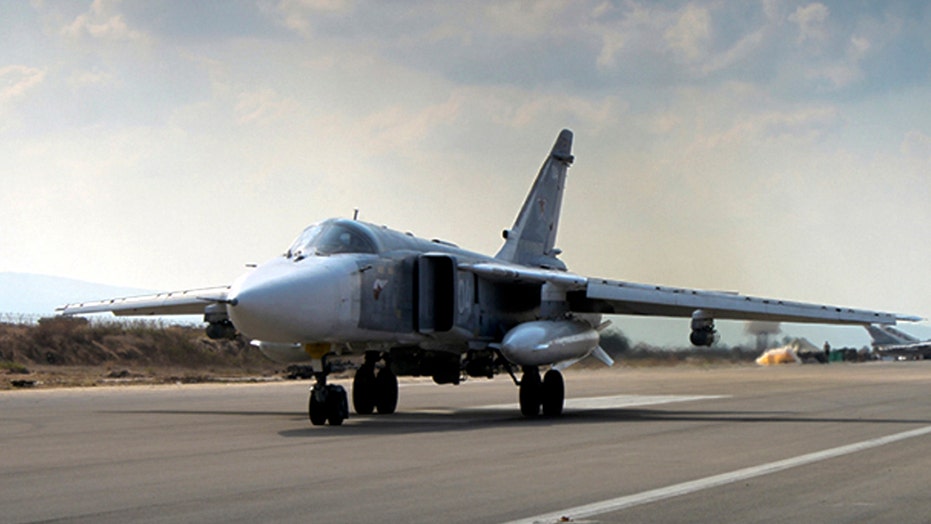 NATO rejects Moscow's defense that the incursions were accidental

BRUSSELS – NATO secretary-general Jens Stoltenberg said alliance defense ministers on Thursday will consider the implications for NATO's own security of the "troubling escalation of Russian military activities" in Syria.

He said NATO is ready to deploy forces, if needed, to defend alliance member Turkey.

Over the weekend, Turkey reported back-to-back violations of its airspace by Russian warplanes.

U.S. Defense Secretary Ash Carter and his counterparts from the 27 other NATO nations had already been scheduled to meet Thursday in Brussels.

Stoltenberg told reporters the meeting will receive an update from its military commanders on the situation in Syria, as well as Afghanistan.

"In Syria, we have seen a troubling escalation of Russian military activities," Stoltenberg said. "We will assess the latest developments and their implications for the security of the alliance. This is particularly relevant in view of the recent violations of NATO's airspace by Russian aircraft."

NATO on Monday issued a statement demanding that the violations cease. Russia called its penetration of Turkish airspace a minor incident that was unintentional. Stoltenberg had already brushed off the Russian explanation.

"NATO is able and ready to defend all allies, including Turkey, against any threat," the secretary-general said Thursday. He said NATO had already increased "our capacity, our ability, our preparedness to deploy forces, including to the south, including in Turkey, if needed."

"We are constantly assessing the situation also with the Turkish government," Stoltenberg said, adding that he would be meeting later Thursday with Turkish Defense Minister Mehmet Vecdi Gonul.

British Defense Secretary Michael Fallon accused Russia of acting chiefly in Syria not to attack the Islamic State terrorist organization but to shore up the beleaguered government of President Bashar al-Assad, thus making a serious situation "much more dangerous." NATO officials have expressed fears there could be an encounter, accidental or otherwise, between Russian planes and air forces of the U.S.-led coalition attacking Islamic State in Syria.

"We'll be meeting today to see what we can do to de-escalate this crisis particularly in terms of air safety," Fallon said as he arrived at NATO headquarters. "We'll be calling on Russia specifically to stop propping up the Assad regime, to use their own (air) crews constructively to stop Assad bombing his own civilians."

German Defense Minister Ursula von der Leyen said Russia must recognize that if it targets opposition groups in Syria that are fighting Islamic State, "Russia will strengthen IS and this can be neither in the Russian interest, nor in our interest."

The defense ministers' meeting, their first since June, is also expected to approve ongoing efforts to retool NATO to meet a daunting array of contemporary security threats. Decisions expected include approval for two new NATO headquarters units in Hungary and Slovakia to enhance their defenses and speed the deployment of reinforcements sent by other alliance nations, and changes in the beefed-up NATO Response Force to, in Stoltenberg's words, make it "bigger, faster and more capable."

"We are facing many challenges from many different directions," Stoltenberg said. "Conflict, instability and insecurity."

"We will assess what we have to do to adapt NATO to current and future challenges," he said_including cyberattacks and the mix of conventional and unconventional tactics commonly known as hybrid warfare.