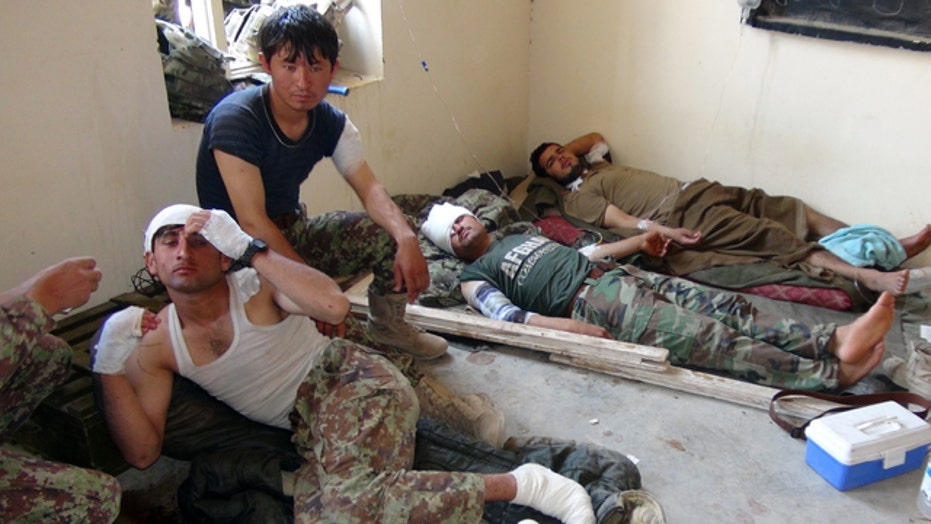 KABUL, Afghanistan – A NATO airstrike hit two Afghan military checkpoints on Monday in a restive province east of the capital, Kabul, killing seven Afghan troops in what an Afghan official describes as an accident due to bad coordination.

The incident happened as coalition helicopters were flying over an area in Logar province where clashes were underway between Afghan troops and Taliban fighters, the Afghan Ministry of Defense said.

Insurgents fired toward the helicopters, prompting a response that destroyed one army checkpoint, the ministry statement added. An unspecified number of the army members were "killed and wounded," the ministry said, adding that the incident was under investigation.

Logar provincial army commander Abdul Razaq said the early morning strike took place in the district of Baraki Barak, about 30 miles east of Kabul. Razaq revised an earlier higher figure and said that seven troops were killed while five were wounded in the strike.

District governor Mohammad Rahim Amin said the NATO airstrike was "likely a mistake, due to bad coordination" in an area where Taliban insurgents are highly active.

A U.S. military spokesman in Afghanistan, Col. Brian Tribus, said the coalition is aware of an incident in Logar and is investigating it.

Security in Logar has deteriorated in recent months as the Taliban stepped up their attacks on Afghan soldiers and security forces, trying to spread their footprint across the country and take control of some remote regions.

The U.S. and NATO forces concluded their combat mission at the end of last year and Afghan troops have since taken control of the country's security, which has caused their casualties to spike.