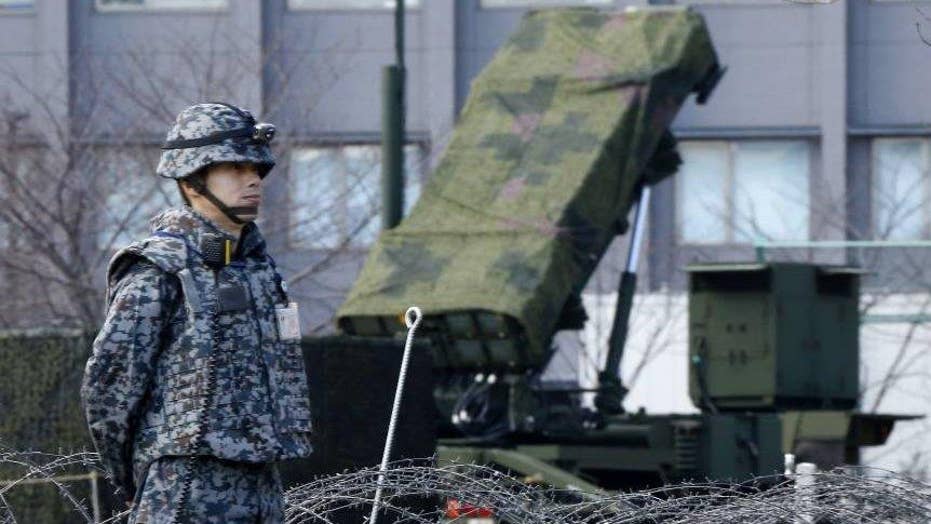 N. Korea's missile system may be capable of hitting US bases

SEOUL, South Korea – North Korea said Saturday it has successfully tested a new intercontinental ballistic rocket engine that will give it the ability to stage nuclear strikes on the United States.

The engine's ground test, if true, would be a big step forward for the North's nuclear weapons program, which saw its fourth atomic test earlier this year. But the North may still need a good deal of work before it can hit the U.S. mainland with nuclear missiles. South Korean officials say North Korea doesn't yet have a reliable intercontinental ballistic missile, let alone the ability to arm it with a nuclear warhead.

The test, announced by the North's official Korean Central News Agency, is only the latest in a string of what Washington and its allies consider North Korean provocations, including last month's launch of a medium-range ballistic missile that violated U.N. Security Council resolutions that prohibit any ballistic activities by North Korea. It was the North's first medium-range missile launch since early 2014.

The North has also threatened pre-emptive nuclear strikes against Washington and Seoul and fired short-range missiles and artillery into the sea in an apparent response to ongoing U.S.-South Korean military drills and tough U.N. sanctions imposed over the recent nuclear test and a long-range rocket launch earlier this year.

Some analysts think young leader Kim Jong Un's belligerent stance is linked to a major ruling party congress next month meant to further cement his grip on power. The outside pressure and anger caused by bombastic threats and repeated nuclear-related tests, the argument goes, is meant to rally the North Korean people around Kim as he stands up to powerful enemies trying to crush the North.

With typical rhetorical flourish, the North's KCNA said that Kim was delighted as the "higher-power" rocket engine spewed out "huge flames with (a) deafening boom" during the ground test at the Sohae Space Center in the country's northwest, the site of its February long-range rocket launch. KCNA did not say when the test was conducted.

The agency quoted Kim as saying that the North can now tip intercontinental ballistic missiles with more powerful nuclear warheads that could keep the U.S. mainland within striking distance and "reduce them to ashes so that they may not survive in our planet."

The North recently has gone to great lengths to tout alleged advancements in its nuclear weapons and ballistic missile programs. Those claims have often been met with doubt by South Korean officials and experts. The North's official media on March 9 showed a smiling Kim posing with nuclear scientists beside what appeared to be a model trigger device of a nuclear warhead. Kim declared that warheads had been miniaturized for use on ballistic missiles.

The North has also claimed to have mastered a re-entry technology designed to protect a warhead from extreme heat and other challenges when it returns to the atmosphere from space following a missile launch. It also said it had successfully conducted a high-powered, solid-fuel rocket engine test. Solid-fuel missiles are generally harder to detect before they are launched than liquid-fuel missiles.

The most recent test, like all the North's atomic and missile claims, will cause worry in Washington and the North's neighbors, but outsiders have so far been powerless to stop the North's nuclear progress: international disarmament talks have been stalled for years and increasingly tough sanctions have done little to dissuade Pyongyang from pushing forward.