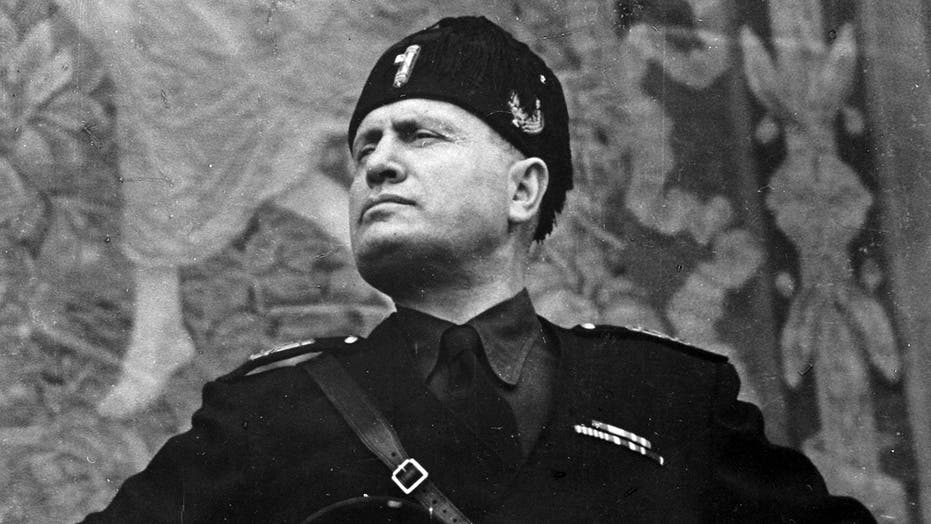 “You can’t define it in terms of right or wrong, good or bad,” Caio Mussolini, who is running for a European Parliament seat, told reporters.

While the younger Mussolini has avoided explicit references to fascist ideology in the past, he has repeatedly hinted he views his great grandfather, who ruled Italy from 1925 to 1945, as an inspiration. Mussolini remains popular with many Italians today who say he modernized the country before ultimately damaging his reputation with racist laws and an alliance with Adolf Hitler.

Caio Mussolini, the great-grandson of Benito Mussolini, is running for a seat in the EU parliament. (Facebook)

Though he acknowledged the anti-Jewish laws of 1938 had been "a mistake" and "a shame," the younger Mussolini said the fascist period had left its mark on Italy in good ways too, including its infrastructure and road network. And though it's still a crime to defend fascism in Italy, he said the current ban on the fascist salute should be extended to the raised clenched fist of the communists, The Times of Israel reported.

In a recent interview with Corriere della Sera, Caio Mussolini claimed he isn't a fascist, but on April 16 was scheduled to hold a lecture about fascist doctrine at an event in Padua. It was canceled at the last minute after the media outlet reported that he would be the guest of honor.

While the younger Mussolini has avoided explicit references to fascist ideology in the past, he has repeatedly hinted he views his great grandfather, who ruled Italy from 1925 to 1945, as an inspiration. (Getty)

Caio Mussolini is running as a candidate for the far-right Brothers of Italy in this month's EU elections.

In addition to his time in the Italian navy, he was also the Middle East representative for the country’s largest defense company before entering politics.

“My experience gives me a background in international relations,” he told The Times of London.

The political debut of the latest Mussolini led to protests last month and even included Facebook taking down his profile.

If he wins, he would be the third descendant of the Italian dictator to hold public office.

A keen defender of her grandfather, Alessandra Mussolini was recently involved in a Twitter feud with actor Jim Carrey, who tweeted a drawing of the dictator's lynched corpse.