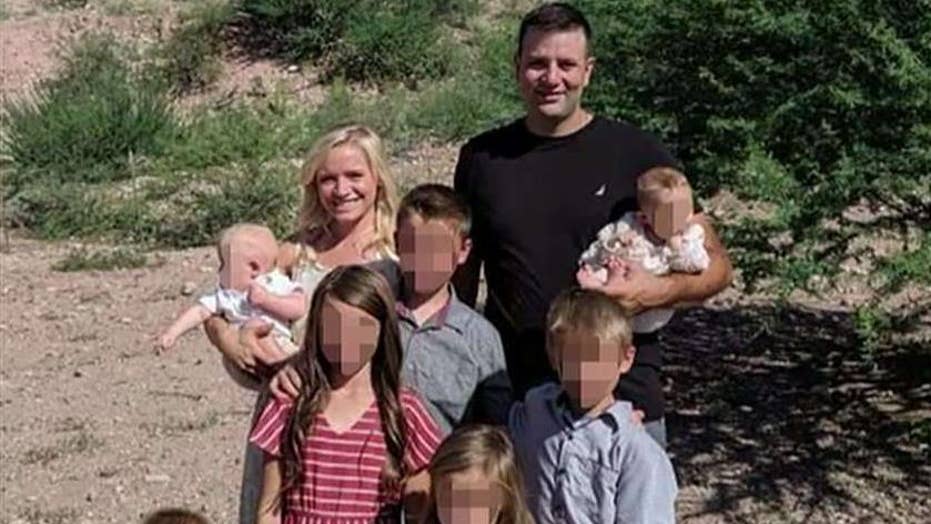 New details about family of US citizens killed in Mexico

Hundreds of mourners from the U.S. reportedly spent the night in a remote farming community in northern Mexico ahead of Thursday’s scheduled funerals for some of the victims of a horrible massacre of nine American women and children.

Armed Mexican military personnel, traveling in jeeps, escorted caravans of visitors as they arrived in La Mora, Sonora, from Utah and from Tucson, Ariz., where many had gone to visit the surviving children in a hospital, the Salt Lake Tribune reported.

“They won’t ever recover from something as traumatizing as this,” Rebecca Langford, a sister-in-law to victim Dawna Langford, told the newspaper. Dawna Langford’s two sons also were slain in the Monday attack.

“They won’t ever recover from something as traumatizing as this.”

— Rebecca Langford, relative of victims and survivors of cartel attack

More funerals were planned for later in the week in the Mexican states of Chihuahua and Sonora, according to the report.

Framed by heavily armed Mexican authorities, relatives of the LeBaron family mourn at the site where nine U.S. citizens, three women and six children related to the extended LeBaron family, were slaughtered when cartel gunmen ambushed three SUVs along a dirt road near Bavispe, at the Sonora-Chihuahua border, Mexico, Wednesday, Nov 6, 2019. (Associated Press)

Much of the route from the Arizona border to the Mexican village was winding dirt roads and the journey took as long as four hours.

Many Americans who moved to the area will likely end up leaving because of the violence, Steven Langford, a former mayor of La Mora, told the Associated Press.

"It was a massacre, 100 percent a massacre," said Langford, whose sister Christina Langford was one of the women killed. “I don't know how it squares with the conscience of someone to do something so horrible.”

“The country is suffering very much from violence,” added William Stubbs, a pecan and alfalfa farmer who serves on a security committee in nearby Colonia LeBaron. “You see it all over. And it ain’t getting better. It’s getting worse.”

“The country is suffering very much from violence. You see it all over. And it ain’t getting better. It’s getting worse.”

Much of the area has been without law enforcement personnel over the years, so residents have taken it upon themselves to provide for their own security, the AP report said. After the 2009 slaying of an anti-crime activist, residents using high-powered binoculars took turns keeping watch during the night.

Heavily armed Mexican authorities guard a caravan of friends and relatives of the LeBaron family as they arrive at the site where nine U.S. citizens, three women and six children related to the extended LeBaron family, were slaughtered at the Sonora-Chihuahua border, Mexico, Wednesday, Nov 6, 2019. (Associated Press)

But the residents know they can't fight the cartels on their own.

“We're not experts in military and war and weapons,” Stubbs said. “We're farmers, and we have great families and big families, and we definitely want our families to be peaceful."


On Wednesday, army chief of staff Gen. Homero Mendoza said the attack against the three mothers and six children started at 9:40 a.m. Monday, with the nearest army units about 100 miles away.

Soldiers didn't start out for the scene until 2:30 p.m. and didn't arrive until 6:15 p.m. — while five surviving children lay hiding in the mountains with bullet wounds.

Bullet-riddled vehicles that members of the extended LeBaron family were traveling in sit parked on a dirt road near Bavispe, at the Sonora-Chihuahua state border, Mexico, Wednesday, Nov. 6, 2019. (Associated Press)

Alejandro Hope, a Mexican security analyst, told the AP that Sonora and Chihuahua states, with over 160,000 square miles between them, have only about 4,100 National Guard agents stationed there, or about one for every 40 square miles.

According to the AP, most of the victims lived in La Mora, about 70 miles south of Douglas, Ariz., while the killers were believed to be from La Linea.

Langford, the former mayor, said the Americans living in the area have long been aware of the dangers, but love the beauty of the region.

“We’ve seen the people doing their deal,” he told the AP, referring to those connected to the cartels. “We always had the policy, 'We don't bother them.'

“We never dreamed something like this could happen," he added. "Now this place is going to become a ghost town. A lot of people are going to leave."