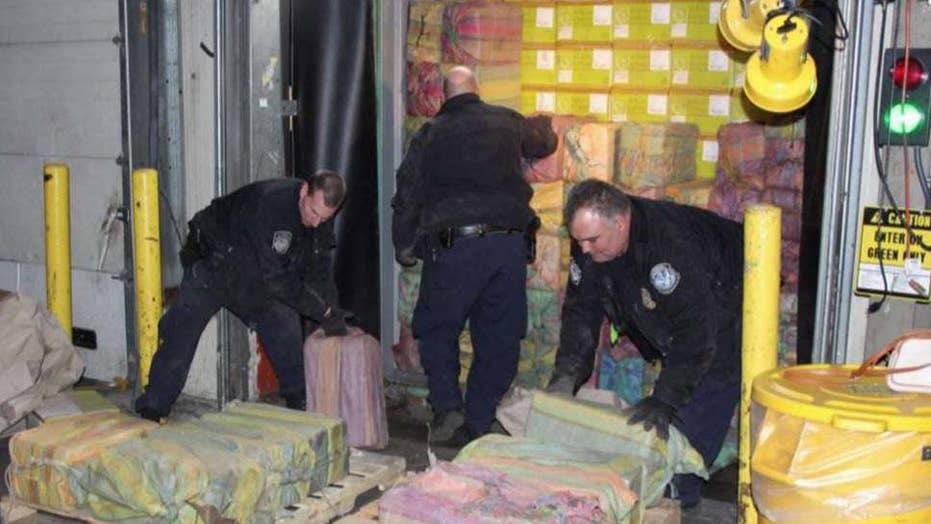 Over 3K pounds of cocaine intercepted at New York port

And signs of the spike in Colombian drug production and trafficking are showing up in an unlikely way -- a growing number of aircraft accidents in Mexico, where the cocaine is being shipped in the hopes of eventually getting it into the lucrative U.S. market.

In the last four months, two planes that left from Colombia with cocaine on board crashed in Mexico. Another plane carrying cocaine landed without permission when it ran out of fuel; the two crew members abandoned it,” according to The Mexico News Daily.

Mexican security official Adrián Sánchez said, “They preferred to take the risk of being arrested rather than dying in a crash in the jungle, as has occurred in other cases.”

A United Nations Office on Drugs and Crime report last fall showed that 171,000 hectares of land in Colombia were used to grow the coca plant in 2017. That marked an increase of 25,000 hectares, or 17 percent, over 2016.

The potential production of cocaine has a value of $2.7 billion in Colombia’s domestic market, the U.N. noted, adding: “There are concerns that this capital, derived from the drug economy, could undermine peace-building efforts, weaken the culture of lawfulness, strengthen armed groups and delegitimize democratic institutions through corruption and illicit financial flows.”

Why the plane crashes?

First, it is a departure from the traditional and still more common way to send drug shipments to Mexico – by sea. So the growing use of light airplanes is new, in comparison, and not as familiar to drug traffickers.

Javier Oliva, a researcher and professor at the National Autonomous University of Mexico, theorizes that taking the risk of moving the cocaine by air reflects cartels' desperation to exploit Colombia’s elevated production rates.

“The conclusions that we can take away from this astonishing data are firstly, consumption of the drug has increased,” Oliva said. “Secondly ... the profits of Colombian criminal groups and the organizations where the goods pass through have also gone up; and thirdly ... [efforts] to eradicate and contain production of coca leaves are obviously a failure.”

Cocaine shipped via sea to Mexico tripled between 2014 and 2017, a disappointment after the more than $10 billion in U.S. aid to help Colombia fight the drug trade.

Colombia was, for a time, lauded for asserting some control over drug cartels.

But the peace process between the Colombian government and rebels had the unintended result of more land being dedicated to production of the coca leaf -- the previous president stopped aerial fumigation meant to destroy coca crops. Farmers then switched to coca in the hope of qualifying for a government offer to compensate those growing the crop.