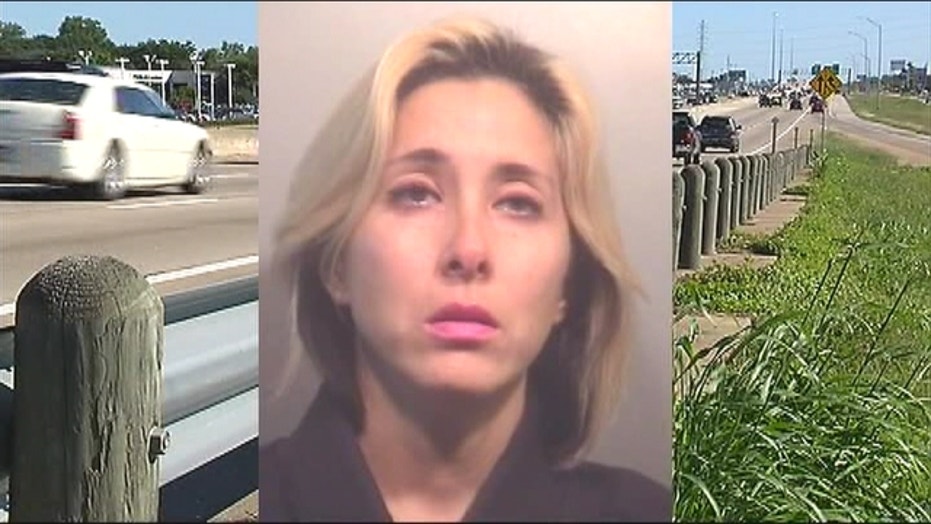 Mom Abandons 10-Year Old Kid On The Freeway At Night

34-year-old Angela Garcia is in a heap of trouble after allegedly putting her 10-year-old son out of the car on the freeway, League City Police say.

A Texas mother is in a heap of trouble after allegedly forcing her 10-year-old son out of the car on the freeway.

League City Police say 34-year-old Angela Garcia forced her son out of her car on Interstate-45 at the League City Parkway southeast of Houston.

"The mother, as a form of discipline, turned him out of the car and told him to walk home," explains League City Police Officer Reagan Peña.

Officer Peña says Garcia may call it discipline but the law calls it illegal, a felony in fact.

Garcia faces charges for abandoning or endangering a child.

"Making your child walk home on I-45 at 8:30 at night in the dark, in a busy stretch where many fatalities have occurred, that is crossing the line," says Peña.

A passing driver saw the boy walking on the shoulder of the highway and called 911.

"The child truly was in danger," Peña adds.

Garcia is now out on bond and her son is staying with relatives.

League City Police say after they picked up the boy walking along the highway they found the mother just over a hill parked on the shoulder of the freeway.

For more stories go to myfoxhouston.com