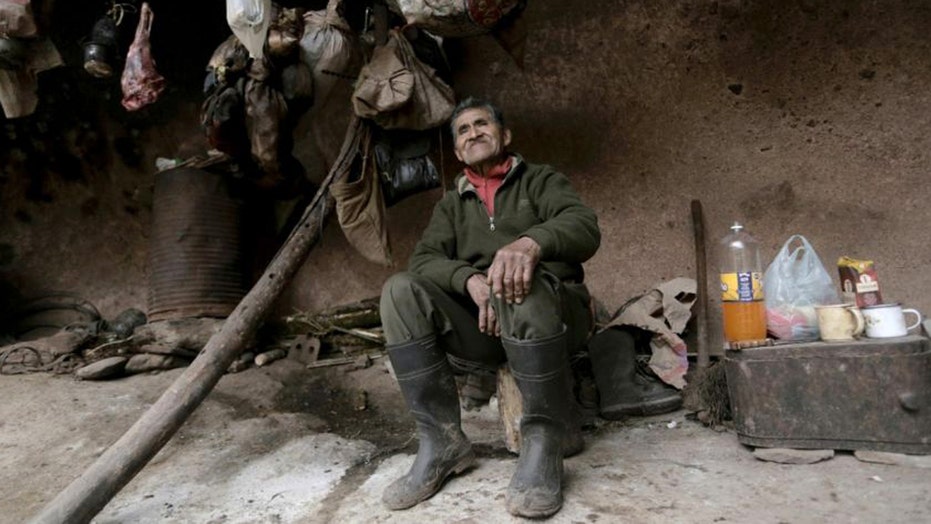 Modern-day 'caveman' has lived in cavern for 40 years

The 79-year-old survives without running water or electricity in his cavern high in a mountain in northern Tucuman province. When he gets hungry he picks up his rifle and goes hunting or heads on a three-hour trek down the mountain to the nearest settlement of San Pedro de Colalao. A creek is his main source of water.

"It's the purest, richest water there is," he says.

His cave mates? Eleven roosters and two goats that roam the mountainside during the day and return at night looking for shelter from pumas and other predators. The crows of the roosters wake him up at around 3 a.m. every morning and he begins the day by starting a fire.

"Fire is magical," he says, as the smoke fills his cave.

Luca has become a legend in San Pedro de Colalao, and town dwellers often give him food and supplies. He buys candles, yeast and corn with a government old-age pension, worth about $100-$200, that he collects at the town's post office. His only technological gadget is a small, battery-powered radio, but he has a hard time tuning into stations because the signal is weak up the mountain.

He walks three hours every day, climbing the steep mountainside to reach his cave. Luca's skin is weather-beaten and he has few teeth left, but he seems much younger than a man who is almost 80.

Pedro Luca has survived in his cave without electricity or running water. (AP)

Luca says he always wanted to live in isolation in the wild, even as a boy. He was raised by his grandfather in San Pedro de Colalao, which he first left at age 14 to travel northern Argentina and earn a living transporting coal to Bolivia.

He returned to the area and the cave. Word of his solitary lifestyle spread and he now gets occasional visits from tourists and schoolchildren.

"I never asked myself why I chose to live here," he says. "There was another cave nearby but I liked this one better. Sometimes, I think that I would have liked to travel the world, see Europe. But there's a lot of sea in the middle of it all and you have to have the time to cross that sea."