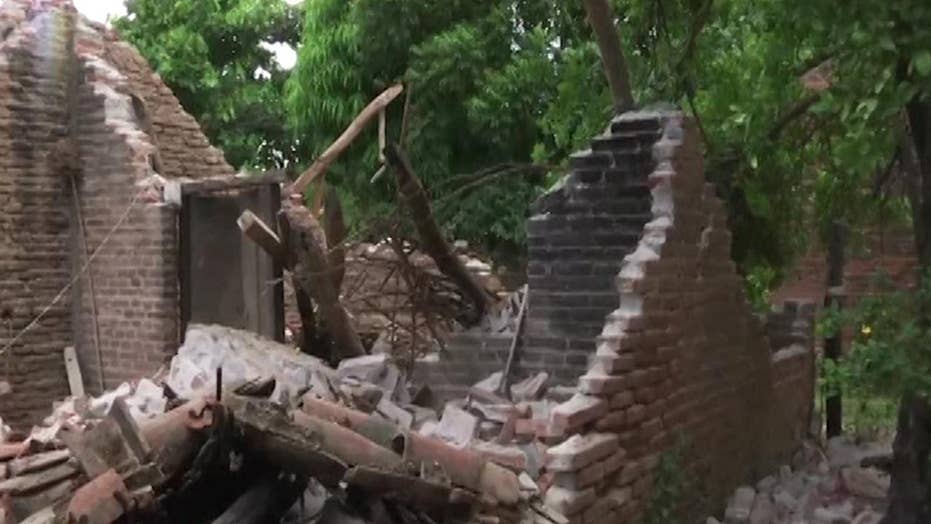 Mexico is no longer offering aid to Hurricane Harvey victims in Texas after suffering an 8.2 magnitude earthquake and hurricane

Mexico on Monday reversed its decision to send aid to Texas in the wake of destruction caused by Hurricane Harvey's rampage through the Lone Star State, the U-turn coming after Mexico suffered two of its own natural disasters back-to-back.

Mexico’s Foreign Ministry said in a statement the country was no longer in a condition to provide aid after a magnitude 8.2 earthquake struck on Sept. 7 and Hurricane Katia caused severe damage along its southern Gulf shores after making landfall Sept. 8.

All available aid in Mexico will now go to families and communities affected by the duel disasters, the Foreign Ministry said.

Videgaray had originally called Texas Gov. Greg Abbott on Aug. 27 to detail aid Mexico was sending to the U.S. in Harvey's catastrophic aftermath, Mexico's Foreign Ministry had said. Mexico then sent a note to the U.S. State Department on Aug. 28 offering personnel, equipment and supplies.

The Foreign Ministry said it received a letter from Tillerson on Sept. 6 stating the U.S. would accept the support, but only required logistical support.

Mexico's decision to reverse its offer of aid also comes amid increasing tensions between the U.S. and Mexico over President Trump's proposed border wall and the coming renegotiation of the North American Free Trade Agreement.

The same day Mexico offered the country's help to Abbott, Trump tweeted about the wall and NAFTA.

“With Mexico being one of the highest crime nations in the world, we must have THE WALL. Mexico will pay for it through reimbursement/other,” Trump wrote.

He added: "We are in the NAFTA (worst trade deal ever made) renegotiation process with Mexico & Canada.Both being very difficult,may have to terminate?"

In the Monday announcement, the Foreign Ministry said it continued to stand in solidarity with Texas, Louisiana and Florida in the wake of Hurricane's Harvey and Irma.