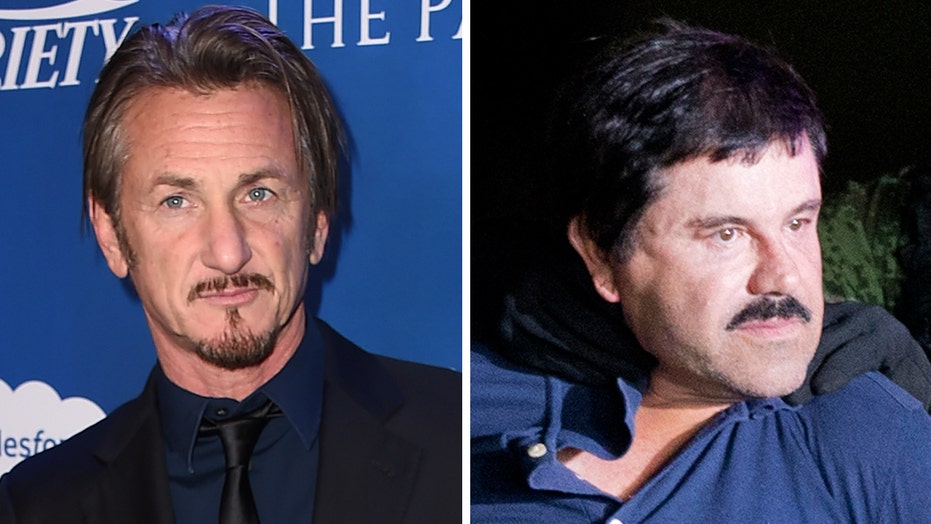 Mexico formally began the process of extraditing captured drug lord Joaquin "El Chapo" Guzman to the United States Sunday, starting what could be a lengthy road full of legal appeals and maneuvering.

The Associated Press reported that on Sunday, Interpol agents notified Guzman that he is wanted in the U.S. Guzman, who was recaptured Friday, is being held at the maximum-security Altiplano prison -- six months after he escaped through a tunnel out of the same lockup.

The office of Mexico's attorney general said in a statement that the agents served Guzman with two arrest warrants. Guzman's defense now has three days to present arguments against extradition and 20 days to present supporting evidence, beyond the plethora of other appeals they have already started filing. Guzman's attorney Juan Pablo Badillo has said the defense has already filed six motions to challenge extradition requests.

Mexican officials had previously said they were willing to extradite Guzman, but cautioned that the extradition process might take a while.

According to the Attorney General's office, the U.S. filed extradition requests June 25, while Guzman was in custody, and another Sep. 3, after he escaped. The Mexican government determined they were valid within the extradition treaty between the two countries and sent them to a panel of federal judges, who gave orders for detention on July 29 and Sept. 8.

Now that he has been recaptured, Mexico has to start processing the extradition requests anew, according to the law.

On Saturday, a Mexican federal law enforcement official said the quickest Guzman could be extradited would be six months, but even that is not likely because lawyers will file appeals. He said that the appeals are usually turned down, but each one means a judge has to schedule a hearing.

"That can take weeks or months, and that delays the extradition," he said on condition of anonymity because he was not authorized to comment. "We've had cases that take six years."

Badillo has said that his client shouldn't be extradited to the U.S. because "our country must respect national sovereignty, the sovereignty of its institutions to impart justice."

Mexico's willingness to extradite Guzman is a sharp turnaround from the last time he was captured in 2014, when then-Attorney General Jesus Murillo Karam said the extradition would happen only after he finished his sentence in Mexico in "300 or 400 years."

Guzman was re-apprehended Friday after a shootout between gunmen and Mexican marines at the home in Los Mochis, a seaside city in Guzman's home state of Sinaloa. Five suspects were killed and six others arrested. One marine was injured.

Mexican authorities say actor Sean Penn's contacts with Guzman helped them track the fugitive down -- even if he slipped away from an initial raid on the hideout where the Hollywood actor apparently met him for an interview.

Penn wrote of elaborate security precautions, but also said that as he flew to Mexico on Oct 2 for the meeting, "I see no spying eyes, but I assume they are there."

He was apparently right.

A Mexican federal law enforcement official, speaking on condition of anonymity because he was not permitted to comment on the issue, told the Associated Press the Penn interview led authorities to Guzman in the area of Tamazula, a rural part of Durango state.

They raided Guzman's remote hideout a few days after the interview and narrowly missed re-capturing him.

Describing the capture, Attorney General Arely Gomez said that investigators had been aided in locating Guzman by documented contacts between his attorneys and "actors and producers" she said were interested in making a film about him, though she did not name them.

In the interview, Guzman defends his work at the head of the world's biggest drug trafficking organization, one blamed for thousands of killings. When asked if he is to blame for high addiction rates, he responds: "No, that is false, because the day I don't exist, it's not going to decrease in any way at all. Drug trafficking? That's false."

Penn wrote that Guzman was interested in having a movie filmed on his life and wanted Mexican actress Kate del Castillo, who had portrayed a drug trafficker in a television series, involved in the project.

"He was interested in seeing the story of his life told on film, but would entrust its telling only to Kate," wrote Penn, who appears in a photo posted with the interview shaking hands with Guzman.