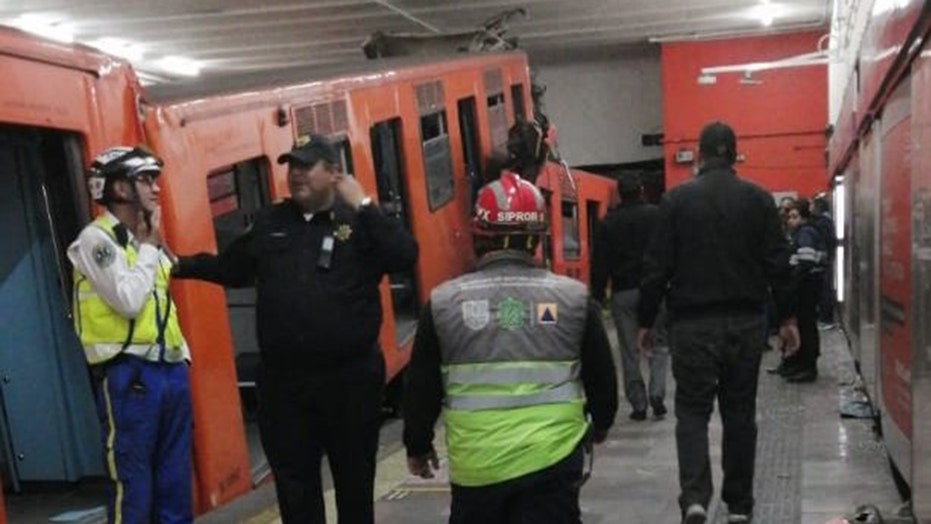 They crashed around 11:30 p.m. local time at the Tacubaya station in the western part of the Mexican capital city.

El Universal reported the trains’ conductors were among the injured, and were taken by emergency responders to nearby hospitals. Their conditions were not immediately known.

“They are all out of danger, with minor and medium injuries; and full support will be given to their families,” she tweeted early Wednesday morning. “I moved to the clinics to be able to talk with relatives and visit the injured. We will continue to inform in a timely manner.”

Mexico City’s subway system is one of the busiest worldwide with more than 1.6 billion passengers every year. It has 12 lines and 195 stations.

Photos shared by Red Cross Mexico showed the aftermath of the collision with one of the trains over the other.

Prosecutors in Mexico City told reporters they have launched an investigation into the crash.

The crash is not the first deadly incident in Mexico City’s subway system. In 1975, two trains collided at the Viaducto train station, killing 31 people.