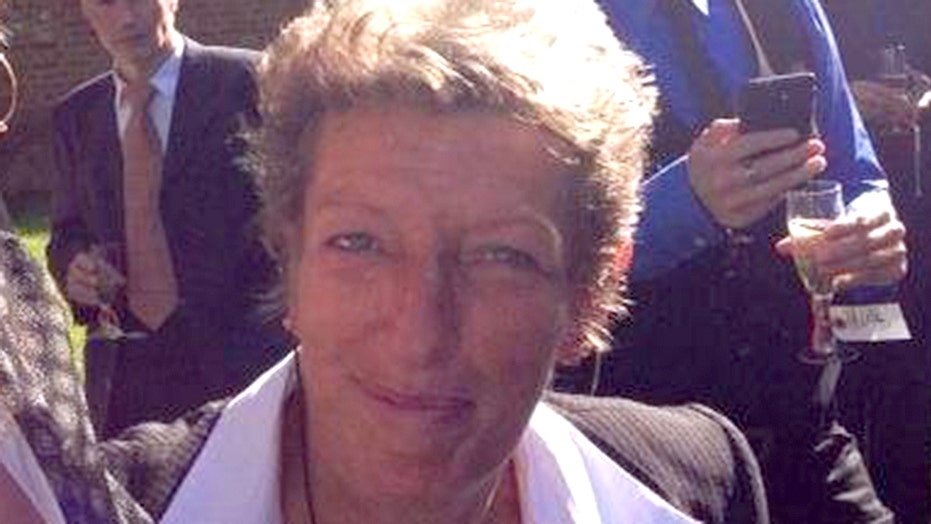 Metal straws may be eco-friendly, but a coroner has warned of the potential dangers they pose after a woman in England died last year in a freak accident.

Elena Struthers-Gardner, 60, sustained a traumatic brain injury after falling while carrying a mason jar-styled drinking glass that had a screw-top lid at her home in Dorset on Nov. 22, an inquest heard on Monday.

Struthers-Gardner's death was ruled an accident, with a coroner's report noting that "clearly great care" should be taken when using metal straws.

"There is no give in them at all," Assistant coroner Brendan Allen said, according to The Sun. "If someone does fall on one and it’s pointed in the wrong direction, serious injury can occur."

Elena Struthers-Gardner died in November after falling on a metal straw that pierced her eye and impaled her brain, an inquest heard Monday. (Facebook)

When Struthers-Gardner fell, officials said the 10-inch metal straw pierced through her eye and into her brain.

Elena's wife, Mandy, told the hearing she found her partner lying in a doorway between the kitchen and living room,  The Sun reported.

DAREDEVIL IN LONDON SCALES THE SHARD, ONE OF EUROPE'S TALLEST BUILDINGS

She was rushed to a hospital, but doctors told her partner the severity of her injury made it very unlikely Struthers-Gardner would survive. Her life support was eventually switched off.

What's the story behind the push to ban plastic straws?

California businesses face penalties if they give out plastic straws; radio host Mike Slater weighs in on 'Fox &amp; Friends.'

The 60-year-old was a retired jockey and had mobility difficulties stemming from a horse-riding accident.

Her wife said the riding accident caused multiple fractures to Struthers-Gardner's lumbar spine and caused scoliosis, which left her prone to falling over "like a sack of potatoes" randomly," according to the Daily Mail.

Officials heard she had become alcohol dependent after a reduction in her fentanyl pain medication, but toxicology reports showed at the time of her death she had none present.

In his report, Allen recommended that metal straws should not be used with any lid that holds them in place.

"It seems the main problem here is if the lid hadn't been in place the straw would have moved away," he said Monday.