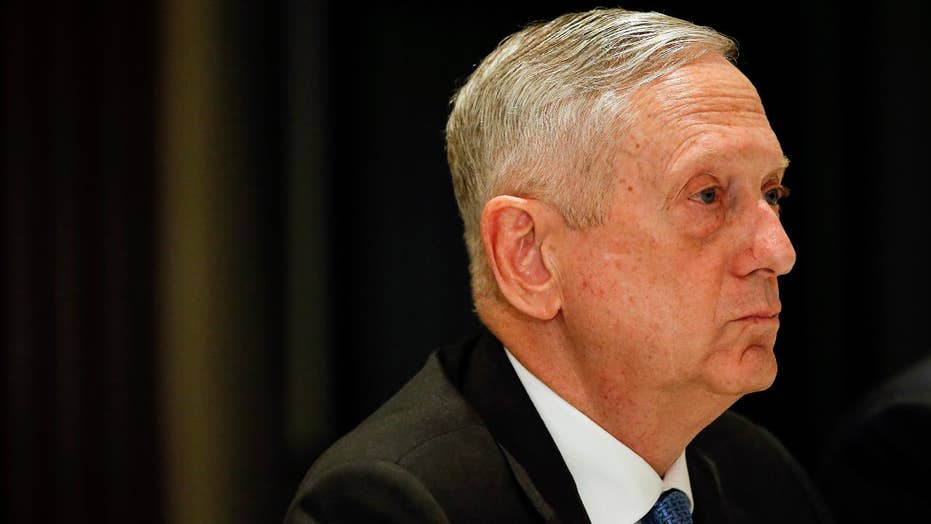 Mattis reassures allies on US forces in South Korea

Defense Secretary Mattis says U.S. will not be discussing the removal of military forces from Korea in exchange for North Korea shuttering its nuclear program.

SINGAPORE – Defense Secretary Jim Mattis is warning it will be a "bumpy road" to the nuclear negotiations with North Korea later this month. He is telling his South Korean and Japanese counterparts they must maintain a strong defensive stance so the diplomats can negotiate from a position of strength.

He says strengthening the allies' defense cooperation is the best path to peace.

Song says allies must be cautious, but some of Pyongyang's recent steps are reasons to be optimistic.