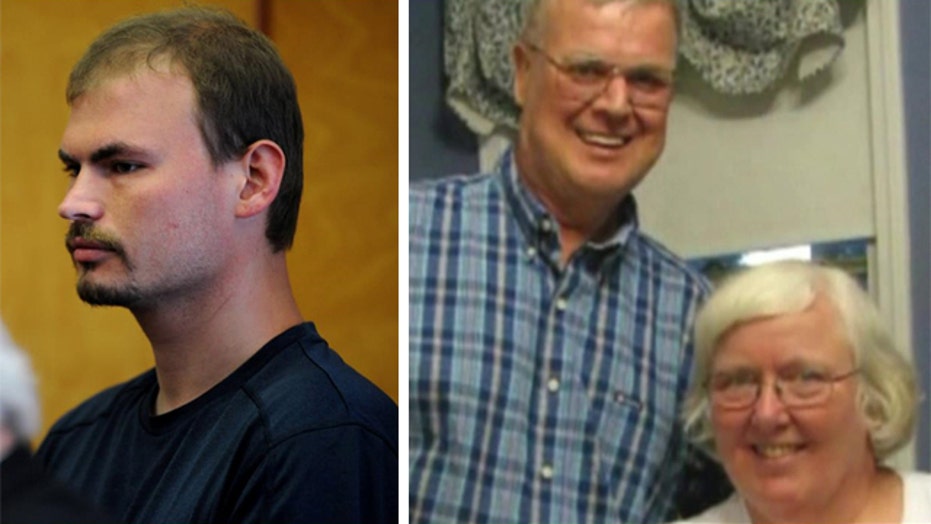 A Massachusetts man was arrested late Monday and is suspected of killing his parents while the three were on vacation in the U.S. Virgin Islands.

Mikhail Brian Young, 24, of Sudbury, Mass., was arrested in his hometown after authorities on the islands issued a warrant for his arrest in connection with the stabbing deaths of Ken Young, 73, and Jane Young, 66.

Young was charged with being a fugitive from justice, and is expected to be extradited to the Virgin Islands and face charges in connection with his parents' deaths, according to the Boston Herald.

Acting Police Commissioner Delroy Richards said Tuesday the bloody bodies of the Youngs were found the previous day by police in a rental condominium in an eastern area of the American territory's main island of St. Thomas.

"We don't have a motive at this particular point," Richards told reporters during a conference call from the tourism-dependent islands.

Richards said the family arrived together April 28 on St. Thomas, where they had rented a condo at the Crystal Cove Beach Resort in a scenic area called Sapphire Bay. But early Saturday, the son went to the resort office and told staff he needed a taxi to the airport, then departed alone on a flight to the U.S. mainland and returned to Sudbury, Richards said.

Sudbury police said Young was arrested on a warrant for a probation violation, which a district attorney said was on a charge of indecent exposure. During an appearance in Framingham District Court on Tuesday, he was ordered held without bail on the arrest warrant from the U.S. Virgin Islands.

Authorities said in court that the suspect's parents had taken out restraining orders against him in the past. Neighbors told WFXT that Mikhail Young was born in Russia and was adopted by the Youngs at an early age.

Young's lawyer said he has mental health issues and requested a competency hearing.

In court Tuesday, Young's defense attorney said he is not a flight risk and has no recent history of violence. The judge voiced concerns about the defendant's criminal past.

"He does have a 3 or 4 page history of threats, assaulting behavior, violations of an abuse prevention order. He does have bit of a history with the court," the judge said.

Virgin Islands officials said two police officers would be sent to Massachusetts to bring Young back to face murder charges pending against him. In Massachusetts, Middlesex District Attorney Marian Ryan said Young has not waived extradition and is scheduled for a May 12 status hearing.